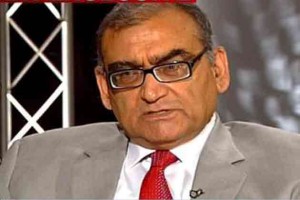 In the petition posted on his blog ‘Satyam Bruyat’, Justice Katju wants the apex court to quash the Resolutions passed on March 11 and 12 this year by both Houses of the Parliament as they violate his rights as a private citizen to express his views freely about historically-respected personalities and show disagreement, dissent, criticism, non-acceptance or critical evaluation.
He said the Parliament violated the principles of natural justice by not giving him an opportunity to be heard.“Both Houses of Parliament had condemned me for my statements calling Gandhi a British agent, and Subhas Chandra Bose a Japanese agent, without even giving me a hearing,” Justice Katju wrote in the blog post which has the petition attached to it.
He described his posts on Facebook and his blog on March 10 as academic in nature and a manifestation of scientific temper of a citizen.Justice Katju, who said his lawyer is senior advocate Gopal Subramanium, referred to the May 14 judgment in the Tuljapurkar case in which the Supreme Court quotes Voltaire’s words on free speech and that of George Orwell saying, “If liberty means anything at all, it means the right to tell people what they do not want to hear”.
In his petition, Justice Katju contends that the resolution of March 11 and 12 by the Rajya Sabha and the Lok Sabha, respectively, violated the Rules for Procedure under Article 118 of the Constitution.Justice Katju contended that the Houses are not competent to take cognizance of the expressions of free speech of the private person like the Petitioner, as the power under Rule 171 of the Lok Sabha Rules provides that the Resolution must relate to act of Government.
The petition said Rule 172 of the Rules of Procedure and Conduct of Lok Sabha only permits resolution in the matter of ‘general public interest’.“Since, the Rules as stated above do not contemplate passing of a resolution against a private person not holding an official position, the Resolution cannot claim any immunity from judicial review. In the instant case, the question of claim of privilege does not arise at all,” the petition said.