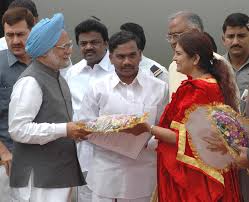 NEW DELHI: Former Telecom Minister A Raja on Tuesday  told a Delhi court that then Prime Minister Manmohan Singh and Cabinet members were “completely under confusion” created by “vested interests” about policy and procedure of Department of Telecommunication (DoT) in allocating the 2G spectrum.
Deposing as a witness to defend himself in the ongoing trial in 2G spectrum allocation case, Raja, an accused, told the court that he had held many discussions with the then Prime Minister and had explained to him the policy and legal framework governing issuance of licences and allotment of spectrum.

He also said that he had told the then PM that there was a “cartel force” wanting to stop legitimate efforts of the DoT to boost tele density and reduce tariff in the country by way of injecting competition.
“….I further disclosed (to PM) how pressure was put on me through legal and other means to restrain myself from these efforts. Prime Minister told me that he got the letter (sent by Raja in November 2007) and it was discussed at length in the PMO, where a separate Joint Secretary is posted to look after DoT in the PMO to apprise PM of all these issues,” Raja told Special CBI Judge O P Saini.
I submitted relevant papers in a folder to the Prime Minister. Further he told me that members of the Cabinet were also completely under confusion created by vested interests and he handed over a letter to me which was written by Kamal Nath, the then Union Minister, addressed to Prime Minister, which raised the same issues and wanted constitution of group of ministers on these issues (relating to the policy and procedure of DoT),” he said.
Raja, whose deposition will continue tomorrow, also told the court that he had “further felt that the Prime Minister/ PMO were completely misguided by the vested interests, who had taken the same stand before TDSAT for same issues.”
“In Parliament also, such confusing questions were asked by MPs at the behest of vested interests. So, I took the issue seriously and replied to the Prime Minister same day (on November 2, 2007) by writing the aforesaid letter…explaining the correct legal position,” he said.