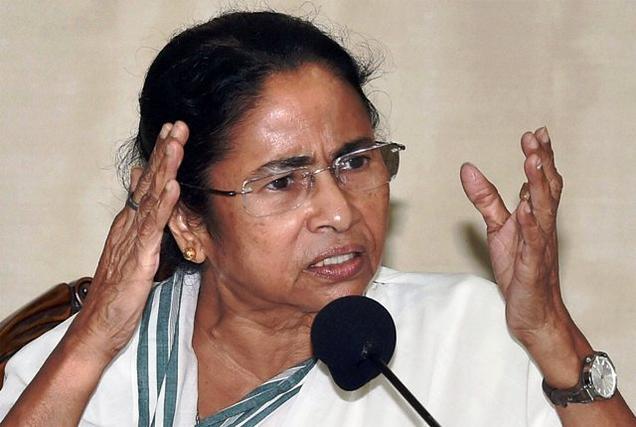 KOLKATA:  Taking a leaf out of Left which gagged democracy both in urban and rural areas by muscle power, TMC leader and Chief Minister Mamata Banerjee gradually losing political edge and forcing `in rule of majority much like her opponents, BJP and Congress dynasty.’’
While she is harsher with state BJP, now has something new to colour the political minds, “she’s actually waiting for an alignment at the centre which might take a long time. But with opposition lost out their edge to facelessness, including state BJP, she is resigned to a comfort zone,’’ says an academician interested in politics.

According to political analysts while Mamata losing her edge and experimenting with Left’s outdated strategy of infectious gagging it took from Stalinist CPSU, “what she’s missing jobless growth may have already triggered anti-incumbency gradually emerging as a real threat.
After their experience with Jyoti Basu and Buddhadeb Bhattacharyaya no development but a stagnating status quo with violation of democracy, they may not like to see person there for rather too long,’’ says Ishan Ali (not real name) teaching in Calcutta University.
Thus it’s not surprising that her presence in all religious festivities doesn’t eat up anti-incumbency, “but it both greets us with surprise and possibility bad inspirations.’’ Like her comments on ban on triple talaq didn’t leave anyone enlightened, said a political leader in the Congress, adding, “all’s well that ends well, she should remember.’’