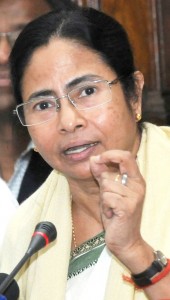 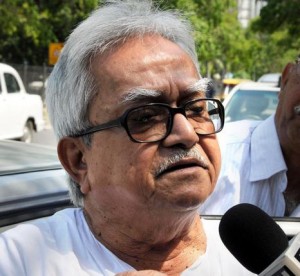 KOLKATA: A meeting between old political rivals – left all surprised – as a discussion on post-poll violence ended up with a hint of unsaid alliance getting afoot. It was a meeting on present post-poll political violence in new West Government secretariat Nabanya between top Left leaders, Biman Basu (CPIM), K Goswami (RSP) Manju K Majumdar (CPI) and Chief Minister Mamata Banerjee
The issue was post-poll violence on Left workers, but Banerjee, who greeted them with delicious evening snacks and tea, listened to them but threw up a hint at a joint strategy of “fighting back the swelling ranks of BJP in Bengal.’’
It wasn’t all, Mamata Banerjee asked Biman Basu: “Why your party workers are joining BJP lock stock and barrel? Why don’t you stop it. I can promise you that I will stop both Modi and BJP in the state.’’ She didn’t quite explain how she would go about her mission though.
But message ran clear for political observers: “They shared fear of BJP gradually entering West Bengal in a big way as people are disgusted with both Left and Trinamool as its three-year rule could neither help the needy nor it could promise an economic agenda for growth  for the state despite her huge brigade of 34 MPs!’’ Quipped a political observer.
“In democracy we do not use words like someone will stop another party from working in any state, she only shared political fear as she knows “communal face’’ isn’t anymore saleable politically even to minorities without solving job crisis, high rate of higher education dropout rates and party shopkeepers fuelling inflation of essential commodities,’’ said a senior political commentator.
However, the hardcore CPI(M) dissidents who saw an abject political surrender of Basus to  “Her Majesty’s Opposition’’ in British style, said: “If CPI(M) and other Left parties have any ideology, they would have fought it on their own, but in the name of BJP they sold out themselves to a party which believes in no ideology no recognition of talents but one-woman dictatorship.
“And we condemn it, we are not surprised why Left trade unions were silent about recent closure of an old and huge car-manufacturing factory, like Hindmotor leaving 27,000 workers jobless,’’Thus Mamata Banerjee and Biman Basu, old rivals hint “not at developments’’ but “prioritized a joint effort to stop BJP,’’ said a banished Left leader.