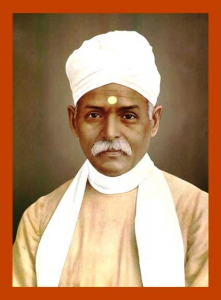 NEW DELHI: For Jawaharlal Nehru, India’s first prime minister, Pandit Madan Mohan Malaviya was a giant among men who laid the foundation of nationalism in the country. Mahatma Gandhi, father of the nation, called himself Dr Malaviya’s devotee saying his patriotism flowed like the uninterrupted Ganga.
Now, a day before his 153rd birth anniversary, Dr Malaviya has been honoured posthumously with India’s highest civilian award — the Bharat Ratna. His elated grandson, Giridhar Malviya, was grateful to the government for conferring this honour.’Mahamana’, as Pandit Malaviya was also called, was a visionary Hindu nationalist, a freedom fighter, a journalist, a lawyer and an educationist. Among his most visible legacies today is the Benaras Hindu University he founded entirely through donations.
But it was Pandit Malaviya’s contribution to the Indian freedom struggle that inspired many who came after him including Mahatma Gandhi, Pandit Jawaharlal Nehru, JB Kriplani, Sarojini Naidu and Lala Lajpat Rai. The slogan ‘Satyameva Jayate’ (truth alone triumphs) was popularised by Pandit Malaviya.
A year after the Indian National Congress was formed, in 1886, Pandit Malaviya mesmerised the Congress with his speech. AO Hume, the father of Congress had said then, “But perhaps the speech that was most enthusiastically received was one made by Pandit Madan Mohan Malaviya, a high caste Brahmin, who suddenly jumping up on a chair beside the president, poured forth a manifestly impromptu speech with an energy and eloquence that carried everything before these”.
Pandit Malaviya continued to challenge the British Raj whether it was through defying the martial law in Punjab, saving innocents during the Jallianwala Baug massacre or protesting against the Simon Commission in 1942, spreading the message even through his writings and newspapers.
Union Health Minister JP Nadda said, “Madan Mohan Malviya ji continues to be an inspiration. He was a freedom fighter, patriot and the conscience of the nation.”More recently, Benaras also bore testimony to a massive political canvas as Narendra Modi kick-started his election campaign after paying his respects to the leader. Pandit Malaviya’s grandson Giridhar Malaviya was then by his side as one of the proposers for Mr Modi’s nomination from Varanasi, a place that bears witness to Pandit Malaviya’s work and is now the constituency the Prime Minister represents.