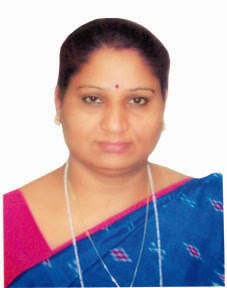 BHOPAL: In a keenly fought bypoll held in the wake of the BJP’s rout in Bihar, the party nominee Nirmala Bhuria is trailing behind her Congress rival by over 83,747 votes in the Ratlam-Jhabua Lok Sabha seat in Madhya Pradesh, which the saffron party won in 2014

The ruling party, however, retained the Dewas Assembly constituency by an impressive margin. Bhuria is trailing behind Congress’s Kantilal Bhuria by over 83,000 votes in the Ratlam-Jhabua Lok Sabha seat, as per the latest trends.

BJP’s Gayatri Raje Puar won the bypoll from Dewas Assembly seat by an impressive margin of 30,778 votes, defeating Congress’ Jai Prakash Shastri, an election official said. Puar got 89,358 votes, while Shastri secured 58,580 votes in the bypoll necessitated by the death of Gayatri’s husband Tukoji Rao Puar of erstwhile royal family of Dewas.
In Dewas, the Imperial Party of India’s Sanni Singh Kanwar got 760 votes, while Samajwadi Party’s Haji Hatam Bhai secured 635 votes. Besides, 1,460 voters favoured NOTA (None of the Above) option. In Ratlam-Jhabua, Congress has fielded former Union minister Kantilal Bhuria while the BJP gave the ticket to Petlawad MLA Nirmala Bhuria, daughter of Dileep Singh Bhuria, whose death necessitated the bye-election.
Dileep had won the polls for the first time on BJP ticket from the seat in 2014, while as a Congress leader he had held the same seat six times.