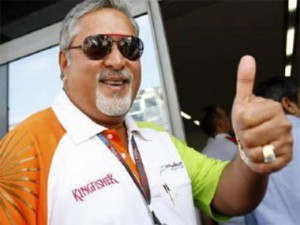 NEW DELHI: Following the request of the Enforcement Directorate (ED), the Ministry of External Affairs (MEA) on Sunday revoked beleaguered businessman Vijay Mallya’s passport in the Rs 9,400 crore IDBI loan default case.
“Having considered the reply furnished by Vijay Mallya to the show cause notice, facts got by Enforcement Directorate and non-bailable warrant under the PMLA Act, 2002 issued by special judge, Mumbai, the MEA has revoked the passport of Vijay Mallya,” External Affairs spokesperson Vikas Swarup said.
This act of the MEA comes within 10 days of the ministry suspending the beleaguered industrialist passport on April 15.Then, the ED had also sought a non-bailable warrant against the Kingfisher Airlines’ promoter which was later passed by a special court last week.
So, what now of the liqour baron who’s Kingfisher Airlines has been accused of defaulting loan over Rs 9,400 crore? Reportely, the MEA is also consulting legal experts on the deportation of Mallya who is facing charges of money laundering and other financial irregularities.

The diplomatic passport of the flamboyant 60-year-old industrialist, who is understood to have been in Britain for over a month and has refused to appear before the ED, was suspended on April 15 by the External Affairs Ministry on the recommendation of the agency.

ED has approached the MEA seeking initiation of deportation proceedings against liquor baron Mallya charged with money laundering in the Rs 900 crore IDBI loan fraud case.Sources have already indicated that once the deportation proceedings are initiated, the government will seek assistance of the Interpol to arrest Mallya and fly him back to India.
“The grounds for deportation are primarily two. A non-bailable warrant issued by the Mumbai court and suspension of the passport of the businessman,” they said.Vijay Mallya had left India on March 2 and while in London, he had refused to appear before the ED and special court on three occassions in regards to the money laundering case.