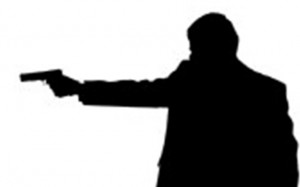 NEW DELHI : The Delhi Police have cracked an international murder plot that involved a London-based millionaire.As per reports, the millionaire – Butham Govindu – paid contract killers from Delhi Rs 1 crore to eliminate a 70-year-old businessman and his two sons in Vijaywada.The murders were executed last month, Delhi Police officials said.
As per police, the murders were part of a long-running war of honour between two feuding families.The police said it has arrested seven persons, including four Delhi-based contract killers, in connection with the case.
The feud between the two families that belong to a same village in Andhra Pradesh started last year following the elopement of the millionaire’s daughter with her lover.
On September 24 morning, Gandham Nageswararao (70), Gandham Marayya (40) and Gandham Pagidi Marayya (30), all residents of West Godawari district of Andhra Pradesh, were shot dead on NH-16 while they were travelling from Vijaywada City to Eluru in their car, police said.Gandham Marayya was Govindu’s son-in-law, with whom his daughter had run away and got married.
“The killers were travelling in a car and a motorcycle when they intercepted the victims’ car and opened fire at them killing all three. The driver of the victims’ car escaped unhurt,” said Joint Commissioner of Police (Crime) Ravindra Yadav.Explaining the feud, police said one family consisted of Butham Govindu, Butham Srinivasarao and Butham Durgarao, while the other family consisted of Gandham Nageswararao, Gandham Marayya and Gandham Pagidi Marayya.
Both the families are residents of the same village Pinakadimi, West Godawari.On April 6, Butham Durgarao of the Butham family was shot dead in West Godawari district. He was killed by contract killers from Mumbai.Thinking that Gandham family was behind Butham Durgarao’s murder, Butham Govindu vowed to kill the entire Gandham clan and fled to London from where he masterminded the entire conspiracy.
Govindu, who earned millions after becoming a high-profile astrologer, roped in contract killers from Delhi. The police in AP contacted Delhi Police Crime Branch and a joint team was made.
The team apprehended the seven accused from Delhi on Monday. The four Delhi-based contract killers are Partap Singh (35), Dharamveer (32), Nitin (27) and Neeraj (22). The three others, who played roles of planners and conspirators, are Manjeet Singh (35), Satish Kumar (27) and Pankaj (22).Police said the main conspirator was Sirigirichina Sriniwas, hailing from Peninakadimi Village in West Godawari district of Andhra Pradesh and presently living in Delhi.

He was given the contract for killing by Butham Sriniwas Rao and Butham Govindu and others for about Rs 1 crore.Sirigirichinna Srinivas contacted Ombir Singh, a resident of Delhi and presently residing in Ghaziabad, for executing the contract.Ombir Singh along with his accomplices Pankaj, Satish and Manjeet Singh planned the criminal conspiracy along with Sirigiri Chinnasriniwas.”They hired the contract killers who were paid Rs 8-10 lakh each. They reached Eluru on September 22,” said Yadav.
The car, motorcycle, six weapons along with ammunition were provided to them for the killings by the Buthams. After executing the killings, they fled to Delhi, he said.The police said they will now seek Govindu’s extradition from London.