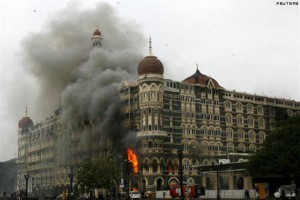 NEW DELHI : Live TV coverage of anti-terror operations may be bannedPre Live coverage of anti-terror operations by television channels is likely to be banned soon as the Home Ministry has asked the Information and Broadcasting Ministry to amend the rules to stop such telecast.
Citing the unpleasant experience during 26/11 Mumbai terror attacks when news channels broadcast NSG operations live, the Home Ministry told the I&B Ministry to amend the Programme Code under the Cable Television Network Rules so that no terror-related operation is telecast live in future.
In its letter, the Home Ministry said such live coverage not only affects the secrecy and effectiveness of the operation but also puts the safety of security forces, common people and journalists in jeopardy, official sources said.
However, the I&B Ministry is yet to respond to the Home Ministry’s request sent about a month ago. After the 26/11 Mumbai attacks, the National Broadcaster Association put out a set of rules, including restriction on live reporting of terror situations, as part of a self-regulation exercise on the part of private broadcasters.
However, so far there is no official ban on live coverage of anti-terror operations. The Home Ministry is asking for more changes to the 15-point Programme Code prescribed under the Cable Television Network Rules, 1994 for this purpose.
The rules were amended in 2009 when private broadcasters were brought within the ambit of the Cable Television Networks Rules. During the Mumbai terror attacks, television channels had broadcast live images, including the moves by security forces, para-dropping of commandos, which led the authorities to intervene and stop it.
Live coverage of an NSG chopper operation at Nariman House was seen to be of particular concern to the government as it was revealed that the controllers of the terrorists sitting in Pakistan were monitoring TV channels to guide the attackers.
At that time, the I&B Ministry had issued directives to TV channels asking them to exercise caution while covering terror incidents. In 2011, another advisory was issued pointing out that some TV channels telecast interviews with terrorists or terrorist groups, which the government said could help them to advance their agenda.
It was also pointed out that such coverage would amount to violation of the provisions of the Programme Code. The Code so far mentions a broad category – that programmes which contain anything affecting the integrity of the nation shouldn’t be carried in a cable service.