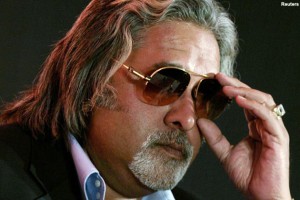 NEW DELHI: Liquor baron Vijay Mallya, wanted for investigations into a money laundering case, today denied giving an interview to The Sunday Guardian, which quoted him as saying he is not on the run but was also in no hurry to return to India.
In a tweet this evening, Mr Mallya said he had not given any statement to anyone.On Saturday, The Sunday Guardian had published an email interview with Mr Mallya in which he was quoted as saying he did want to return to India, but the time, he felt, was “not right”.
“I do not think it is wise for me to reveal my whereabouts. I’m no hardened criminal who the authorities need to hunt. For now, I want to feel safe… I hope that I return one day. India has given me everything. It made me Vijay Mallya,” the interview quoted Mr Mallya.
The Sunday Guardian has not yet responded to Mr Mallya’s claims.Mr Mallya, the 60-year-old industrialist, who built his fortune partly with Kingfisher beer, had run into a financial disaster with Kingfisher Airlines. He owes banks nearly Rs. 9,000 crore – loaned to the now-defunct airlines – and is also wanted in a money laundering case by the Enforcement Department.
He has been ordered to appear for questioning in Mumbai on March 18 in connection with the money-laundering case.