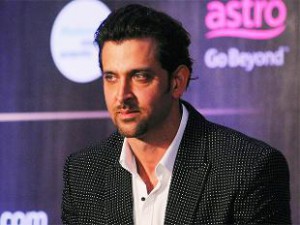 MUMBAI: Hrithik Roshan has been having something of a PR crisis lately, his public feud with alleged ex-girlfriend Kangana Ranaut having earned some ridicule on social media.
However, the latest development in what has turned into a bewildering round robin of legal notices has restored the 42-year-old actor to public favour somewhat with his fans trending ‘I Stand With Hrithik’ on Twitter.

This reversal of fortune followed the legal notice that a Christian body sent Hrithik over his ‘affair with the Pope’ tweet that he issued in January. On Wednesday night, ‘I Stand With Hrithik’ began trending and continued all the way till Thursday.
Those who tweeted stressed on the importance of freedom of speech:And while some stood with Hrithik, they also deplored a certain Barjatya turkey co-starring Kareena Kapoor and Abhishek Bachchan.
This was the tweet from Hrithik that offended certain quarters:On Wednesday, Hrithik received a notice from Dr Abraham Mathai, All India President of the Indian Christian Voice, an organisation representing the larger interests of the Christian community, including Roman Catholics, in India.

Dr Mathai demanded an apology from Hrithik for his comment on the Pope as he was ‘extremely hurt’ by the actor’s ‘disobedient’ comments.
Hrithik, who is reported to have dated Kangana for three-odd years, was infuriated by the actress’ ‘silly ex’ comment to a tabloid and sent her a legal notice asking her to apologise and clarify in a press conference that it was not him she meant.

Last seen in 2014’s Bang Bang, Hrithik Roshan is filming Ashutosh Gowariker’s Mohenjo Daro. He will also be seen in Sanjay Gupta’s Kaabil with Yami Gautam, which is expected to release in January 2017.