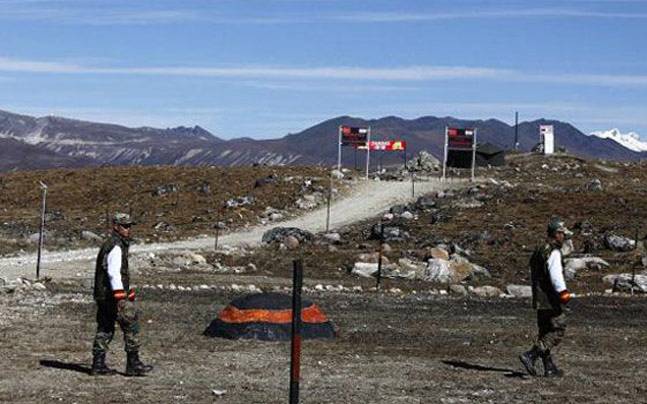 BEIJING :  A day after both India and China pulled back their troops, ending a nearly 70-day-long dispute on the remote Doklam Plateau,  China’s army has warned India to “draw lessons from the stand off.”
Ahead of Prime Minister Narendra Modi’s trip to China in just a few days, India and China yesterday agreed to an “expeditious disengagement” of troops in Doklam, located across the border in Sikkim,   where soldiers had been locked in a stand-off since the middle of June.

Wu Qian, a senior PLA colonel, in a new statement said today: “The Chinese military will remain vigilant and firmly defend its national territory and sovereignty following the military stand-off between China and India.” “We remind India to draw lessons from the stand-off, abide by established treaties and the basic principles of international law, and work together with China to safeguard peace and stability along the border and promote the healthy development of the two militaries,” he added.

India yesterday made it clear that both sides were withdrawing their soldiers; China said that in response to India’s action, “in accordance with the changes of the situation on the ground, China will make necessary adjustments and deployment in accordance with those changes.” Indian sources said China had removed bulldozers and other road-making equipment, indicating that Beijing had agreed to stop plans for a new road that triggered the crisis.

When Chinese soldiers began building the road in mid-June, Indians troops intervened to stop them because the road would give Beijing access to a strategic wedge of land that links mainland India to its northeastern region.  Enraged, China said it had every right to build a road on its territory, but India backed Bhutan in claiming that the region in fact belongs to the tiny Himalayan kingdom.

China resorted to daily reprimands and warnings with high-pitched rhetoric. India said only that it would engage in diplomatic dialogue. The resolution to the Doklam stand-off comes ahead of a summit of the BRICS nations – a grouping that also includes Brazil, Russia and South Africa – in China beginning on Sunday, which PM Modi is expected to attend.

Meanwhile, the Doklam imbroglio may have been resolved peacefully after 73 days, but sources in the military warn that India and China will witness such standoffs more frequently now, unless a more robust border management mechanism is put in place.

The sources on Monday indicated that they had minimal role in securing the bilateral understanding involving withdrawal of Indian troops and China stopping the road construction. The Defence Ministry and the Army maintained silence over the withdrawal, leaving all the public communication to the Ministry of External Affairs. “Disengagement has been agreed to. It is in progress,” an Army source said on Monday but declined to elaborate.ndtv.