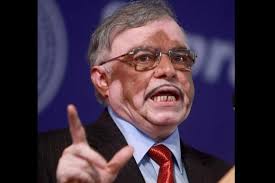 NEW DELHI: The Chief Justice of India has taken strong exception to Union Law Minister Kapil Sibal’s comment that accountability in the judiciary is “exceptionally weak.” The law minister was not given accurate information, Chief Justice P Sathasivam said at an event on Wednesday.
Mr Sibal had on Tuesday dwelled on the need to “bring more transparency” in the higher judiciary and said, “Unless the Chief Justice in his individual capacity grants sanction, there can be no process of investigation. And therefore, you see very few instances of people being brought to book.”
Yesterday, Justice Sathasivam rebutted this comment, saying,”The honourable Law Minister unfortunately was not given accurate and proper information about the role of judges and how the judiciary functions.”
The top judge said there was an in-house mechanism to deal with complaints against sitting judges of the Supreme Court and the high courts. “Complaints received by the Chief Justice are examined and ultimately if it is found that deeper probe is required into the allegations contained, a three-member committee is constituted for making fact-finding inquiry,” he said.
Mr Sibal had referring to a Supreme Court judgment making MPs accountable for corruption while commenting that when it came to accountability in the judiciary, the top court had said there could be no prosecution without the Chief Justice’s sanction.