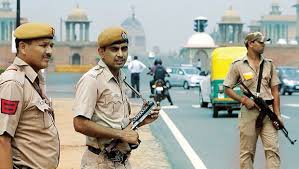 NEW DELHI: Terror group Lashkar-e-Toiba (LeT) is planning to carry out “suicide attacks” in the national capital targeting “high profile personalities”, an FIR filed by the Delhi Police has revealed.LeT terrorists to launch terror attacks in Delhi.
The Delhi Police is searching for two suspected LeT operatives who have allegedly hatched the conspiracy to carry out “suicide attacks”.

The conspiracy was unearthed when the Special Cell of Delhi Police received an intelligence input about two suspected LeT operatives, identified as Dujana and Ukasha, who allegedly infiltrated in Jammu and Kashmir through Pakistan-occupied Kashmir, following which an FIR was registered, said a police source.
The FIR was registered on December 01 at the Special Cell office in Lodhi Colony here under Section 120 B (criminal conspiracy) of IPC and relevant sections of the Unlawful Activities (Prevention) Act and doesn’t name any suspects. It was submitted at the concerned anti-terror court, said the source.
According to the complaint, LeT is conspiring to carry out terrorist attacks in Delhi and other places in the country, for which alleged handlers have infiltrated operatives in India through Jammu and Kashmir and other international borders, said the police source.

“Two of them, identified as Dujana and Ukasha, have been reported to be based in the Kashmir Valley for quite long and are allegedly conspiring to target high profile personalities in Delhi by carrying out ‘fidayeen’ (suicide attacks) or grenade attacks either themselves or through their cadres,” said the police source.
The cadres are believed to be using code names like Noman, Zaid and Khursheed. They are also suspected to be targeting particularly crowded areas in the city, said the source.
Following the registration of the FIR, senior officials directed the Special Cell to deploy sources to collect information about LeT sympathisers, mount technical surveillance and take all possible measures to track down the threat as the earliest, the source added.

In July, the Special Cell had registered an FIR against unknown persons suspected to be associated with the ISIS and allegedly conspiring terror attacks in the national capital and other cities.