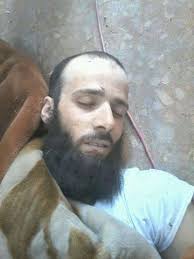 SRINAGAR: Top Lashkar-e-Toiba (LeT) commander Abu Dujana was killed on Tuesday in an encounter with the security forces in Jammu and Kashmir`s Pulwama district. A local militant identified as Arif Lalihaari was also killed in the gunfight that took place in Hakripora village.

According to reports, at about 4:30 am, a joint search operations was launched by 182 Battalion, 183 Battalion, Central Reserve Police Force (CRPF), 55 Rashtriya Rifles (RR) and Special Operations Group (SOG) in Hakripora village on a specific intelligence input about the presence of LeT terrorists in one of the houses. Abu Dujana and his accomplice Arif were trapped inside a house. Soon, an encounter broke out between the terrorists and security personnel.

In a statement, the Army confirmed that wanted Lashkar-e-Toiba militant Abu Dujana was among two militants killed in the encounter in Pulwama. The operation has concluded. As the encounter ended, heavy stone-pelting by locals on security forces began. Over 100 “miscreants” started pelting stones at security forces involved in the anti-militancy operation, injuring at least two persons.

A police official said that the security forces used tear smoke shells, pellets and fired few live rounds to disperse the stone-pelting protestors. Jehangir Ahmad Dar was hit by a bullet in the back while Mudasir Ahmad was hit by pellets in the chest, the official said, adding both have been admitted to different hospitals.
Acting on specific information about the presence of Dujana and Lalihaari, a joint cordon and search operations (CASO) was launched by 182 Battalion, 183 Battalion, Central Reserve Police Force (CRPF), 55 Rashtriya Rifles (RR) and Special Operations Group (SOG) in Hakripora at about 4:30 am.

The encounter started after the militants opened fire on security force. “The operation is ongoing,” the officials said, adding: “The process of recovering the bodies have started. Two houses in the village were destroyed in the gunfight, but no civilian casualties were reported. Dujana, the LeT’s Kashmir chief, was wanted in over three dozen attacks on security forces and civilians and carried a reward of Rs 15 lakh.
He was the most wanted militant commander in the state.

Dujana`s killing in the encounter is said to be the biggest success for the security forces in their anti-militancy operations.In May 2017, a stone-pelting mob had helped Dujana and his aides escape from the dragnet of security forces in Pulwama district. The operation had to be called off.