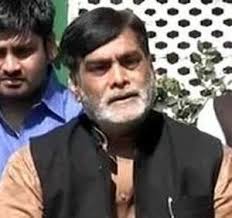 PATNA: Union Minister of State Ramkripal Yadav on Saturday said the coming together of RJD, JD(U) and the erstwhile ‘Janata Parivar’ will have no impact as people have “rejected” them after testing them for long.
“Its nothing but a futile attempt to protect their identity,” the BJP leader told PTI when asked about the coming together of Janata Parivar to take on his party.”People are well aware of their old records…What new things do they have to tell people…Nobody is going to be befooled by them anymore,” he said.
Yadav, a close confidante of RJD chief Lalu Prasad, had defected to BJP and is now MOS in Narendra Modi Cabinet.
“Ye log ab bhule bisre geet ho gaye hai (These people have become like old and forgotten songs),” he said in an apparent dig at Lalu and senior JD(U) leader Nitish Kumar.

“Can anyone forget that these people would call each other names for a long time? Their joining hands after being frightened by BJP will not impress anybody,” said the BJP MP from Patliputra constituency, who defeated Lalu Prasad’s daughter Misa Bharti.
Yadav said people have already “rejected” these “opportunists” leaders and yearning for change which only BJP could provide by forming government after Assembly election in Bihar next year.Yadav is Union Minister of State for Rural Development and Panchayati Raj.