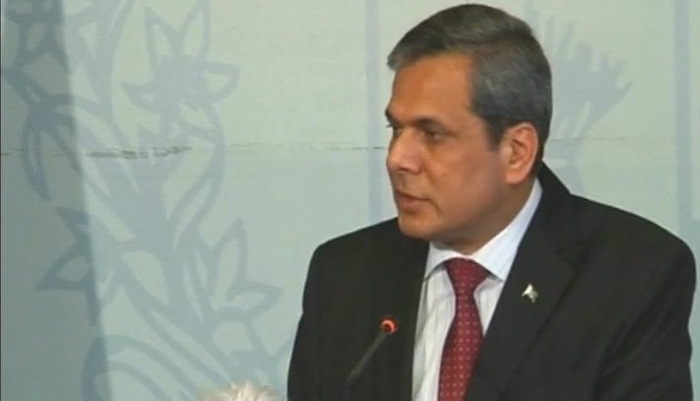 NEW DELHI : The Pakistan government on Thursday expressed its dissatisfaction over the International Court of Justice’s verdict on Kulbhushan Jadhav’s death sentence case and said it would soon present more evidence on the matter.
“Pakistan does not accept the International Court of Justice’s jurisdiction in matters related to national security. We will present more proofs against Jadhav at the court,” Pakistan Foreign Office spokesperson Nafees Zakaria said. Hitting out at India, Zakaria said that the country is trying to hide its real face by taking the case of Jadhav to ICJ.
“The real face of India will be exposed before the world,” he said, adding that Jadhav has confessed his crimes of sabotage, terrorism and subversion activities not only once but twice.
Advertisement: Replay Ad”India didn’t give a positive response to Pakistan’s request regarding access to Jadhav’s accomplices. It is trying to defend a person whose actions led to killing of scores of innocent Pakistanis,” Zakaria added.
He said Pakistan has already informed the ICJ that it does not accept its jurisdiction in matters related to the national security.Adding further, he said, “India is desperately tried to divert the world attention by presenting Kulbhushan’s case from humanitarian angle.”Jadhav, 46, was sentenced to death in March by a Pakistani military court and India approached the highest UN judicial body with the plea to stay his execution.
The Hague-based ICJ heard the two sides on Monday where Pakistan had challenged the jurisdiction of the court but in its decision the court prime facie exercised the jurisdiction and accepted Indian pleas.The court today instructed Pakistan to take all “necessary measures at its disposal” to ensure that Jadhav was not executed pending a final decision by it.Pakistan was in shock as it was confident that the ICJ will throw out the case on the grounds of jurisdiction.