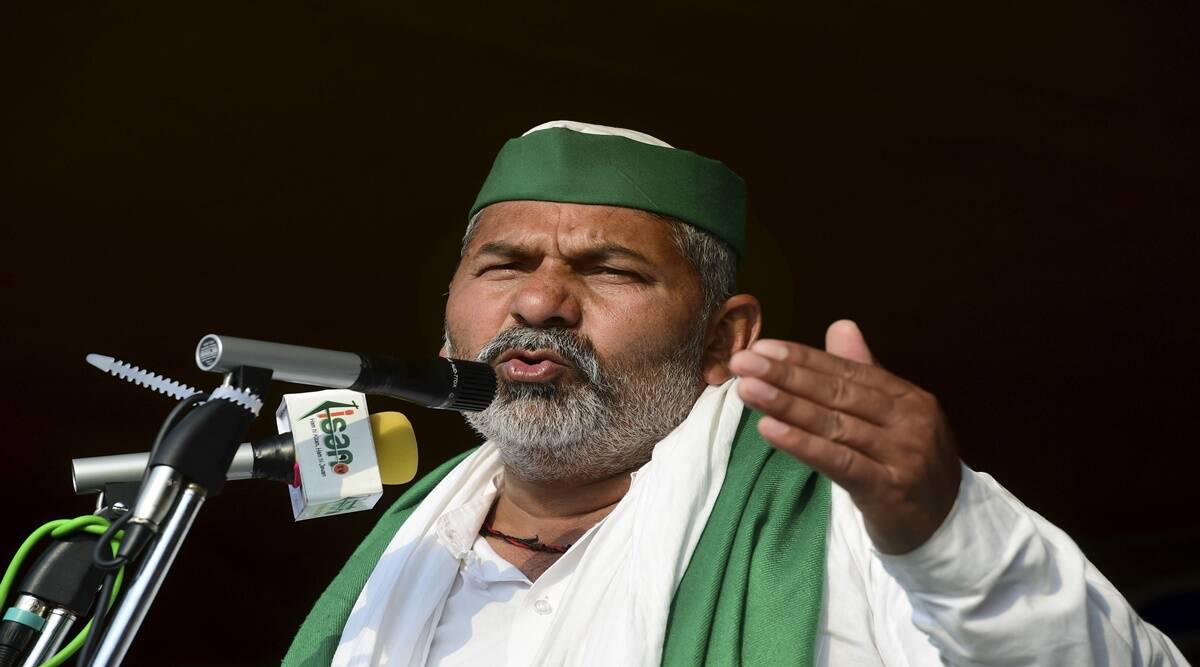 Eight people, including four farmers, died Sunday after a SUV owned by Ajay Mishra rammed into a group of farmers holding a peaceful protest at Lakhimpur Kheri. The farmers have alleged Ashish Mishra was in the SUV. Both Ashish and his father have denied all charges.
They have also demanded the sacking of junior Union Home Minister Ajay Mishra and the arrest of his son Ashish, who remains a free man despite being named as a murder accused in the FIR.
“Farmers from across the country will reach Lakhimpur Kheri on October 12… what happened there was no less than the Jallianwala Bagh and we request all civic organisations to take out candle marches in their cities at 8 pm (on October 12),” Swaraj India chief Yogendra Yadav said today. “Farmers will go to every state with the ashes (of those farmers who died in Lakhimpur Kheri) and immersions will be done… Dussehra is on October 15 and all farmers will burn effigies of Prime Minister Modi and Home Minister Amit Shah,” he added.
Earlier today Ashish appeared before UP Police for questioning after skipping yesterday’s summons. He arrived with a police escort to answer a summons that lists him as a witness in the case. The summons came after the Supreme Court rapped the UP government and police over their handling of this case; Chief Justice NV Ramana asked the state if it would treat the accused any differently if he were not a union minister’s son. Mr Mishra admitted to NDTV that the car belonged to his family but said neither he nor his son were in it when the incident took place.
Protesting farm unions have issued a call for farmers to again gather in strength in Tikunia in UP on October 12, the “antim ardaas” day when last rites will be conducted for the farmers who died at Lakhimpur Kheri last Sunday. From there, the ashes of the victims will be taken to all districts of U.P., to the gurudwaras of Punjab, and to all States of the country, to spread the message that “the BJP government is terrorising farmers”, according to leaders of the Samyukt Kisan Morcha (SKM), which held its general body meeting at the Singhu border on Friday.
If prime accused Ashish Mishra is not arrested and his father Ajay Mishra is not removed from the Union Council of Ministers by October 11, the SKM vowed to intensify its protest with a nationwide “rail roko” on October 18, followed by a mahapanchayat in Lucknow on October 24 along the lines of the mass gathering of lakhs of people in Muzaffarnagar last month. On Dasara, farm unions plan to burn effigies of Prime Minister Narendra Modi and U.P. Chief Minister Yogi Adityanath.

In a statement, the SKM rejected the Special Investigation Team (SIT) and judicial inquiry set up by the U.P. Government, noting that the Supreme Court had also said it was not satisfied. It also agreed with the apex court that an investigation by the CBI investigation would not be a solution either, and “demanded an impartial investigation that will report directly to the Supreme Court”, welcoming the court’s order asking the U.P. police to keep all evidence intact. Declaring October 12 as the Shaheed Kisan Diwas, the platform of unions protesting the three farm reform laws appealed to farmers across U.P. and the country to make their way to Tikonia on that day, rebuilding the crowd which had gathered immediately after the incident in the area.

“There would have been at least 20,000 people gathered in Tikonia last Sunday. At that time, the anger could have sparked off a riot between Hindus and Punjabi Sikhs, who [the latter] are major landowners in the area, so [BKU leader] Rakesh Tikait played a key role in preventing that and dispersing the crowd,” claimed All India Kisan Sabha general secretary Hannan Mollah, who is part of the SKM’s core committee, alleging a conspiracy to provoke communal violence by Mr. Mishra and other BJP leaders.
Meanwhile, amid demands by the Opposition to arrest the Union Minister’s son, Uttar Pradesh Chief Minister Yogi Adityanath said there will be no injustice with anyone and no action will be taken under any kind of pressure or without evidence. This comes a day after the Supreme Court, while hearing a PIL over the matter, said that it was not satisfied with the steps taken by UP government to address the issue.

On the other hand, Congress general secretary Priyanka Gandhi will be leading a “Kisan Nyay” rally in Varanasi on Sunday demanding the immediate arrest of the accused and a repeal of the three farm laws.
(With Bureau Report).