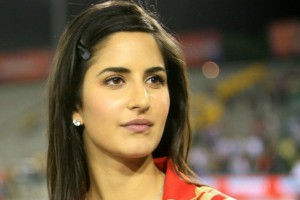 MUMBAI: After the successful movie adaptation of Chetan Bhagat’s ‘Two States’ and ‘Three Mistakes of My Life’, his next novel ‘Half Girlfriend’ is already on the wheels to be made into a flick.

That being said, we all know that Mohit Suri, who is directing the movie, has slotted the lead female role up for grabs. Although, we heard rumours of Alia Bhatt and Kriti Sanon having a fair chance of playing the lead role Riya, there seems to be someone else who is rooting for the role. Reports suggest that diva Katrina Kaif is endeavouring to get a slot in the lead.

However, no official confirmation has been made as yet but considering the success of both Mohit as a director and Chetan as the storyteller, we can imagine the stiff competition for the lead!

The book had earlier earned a lot of accolades from its young readers and no wonder, the flick is eagerly awaited.