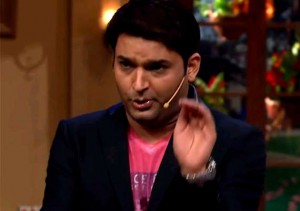 MUMBAI: It’s been over a month since ‘Comedy Nights with Kapil’ went off air. But Kapil Sharma is extremely busy with his new show, which will be aired in the same time slot as Krushna Abhishek’s ‘Comedy Nights LIVE’.
And the bigger news is that the star comedian will have superstar Shah Rukh Khan in the first episode of his new show.According to a report in DNA, SRK will grace the first episode of Kapil’s new show to promote his next – FAN.
Kapil will reportedly be back with his CNWK team which includes Sunil Grover, Kiku Sharda, Ali Asgar, Sumona Chkravarti and Chandan Prabhakar.Here’s looking forward to Kapil’s brand new comedy show.