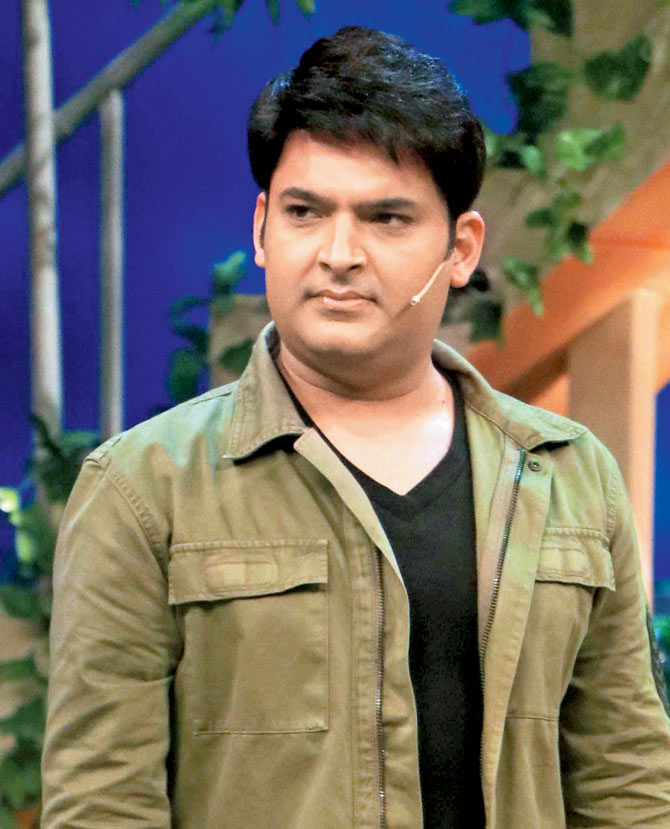 MUMBAI:It has been 100 episodes since Kapil Sharma, Sunil Grover and the rest of the team took off their show from Colors and landed on Sony. But in the last few weeks, the popularity of Kapil’s show eroded as news of mid-air misbehaviour by the host came to light.
Meanwhile, Kapil not only bad-mouthed the entire cast, he reportedly also threw a shoe at Sunil. Now, that the show completed 100 episodes, it seems Kapil and Sunil are making an effort to put the past behind them and had only good things to say about each other.
0000Kiku  Sharda took to Twitter to congratulate former ‘The Kapil Sharma Show’ members – Sunil Grover, Chandan Prabhakar and Ali Asgar as TKSS successfully completed 100 episodes recently.

While Kapil, the main anchor of the show chose to remain tight-lipped about the celebrations minus the three former members of the team, Sharda congratulated them and even tagged them in the same tweet as Sharma.He wrote:
For the uninitiated, Sharda decided to remain a part of TKSS even after the infamous mid-flight brawl between Sharma and Grover. The fight led to Grover’s exit from the show. Asgar and Chandan followed suit and the trio did not return to the show, after Kapil allegedly abused them in an inebriated state while returning from Australia after a successful tour Down Under.