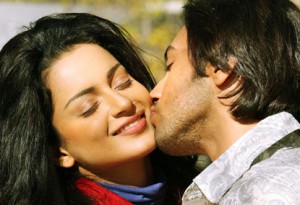 MUMBAI: The film industry and media is abuzz with the ugly legal spat between Hrithik Roshan and Kangana Ranaut. This issue is blowing out of proportion with each passing day. And now, Kangana’s former boyfriend Adhyayan Suman has some startling revelations to make.
Son of veteran actor Shekhar Suman, Adhyayan was in a very committed relationship with the actress from Himachal. In an interview with Mumbai based Newspaper DNA, Adhyayan, who remained tight-lipped for many years now, broke his silence on his “abusive” relationship with Kangana and the emotional turmoil he experienced while dating her.

In the interview, Adhyayan expressed support to Hrithik. He wants the controversy to end soon so that Hrithik and his family can heave a sigh of relief.The young man, who’s acting career didn’t see much growth after a decent start, opened up about his equation with Kangana while he was seeing her.
She used to abuse him physically and mentally, he has alleged. He was apparently robbed of his self-confidence owing to her abusive nature. But he stayed with her despite her eccentricity.Adhyayan also spoke about her eagerness to get close to Hrithik even when she was in a relationship with the former.And the revelations don’t end here.
“One day, Kangana called me at home in the night to do some puja. I reached at 11.30 pm as the puja was to start at 12. She had a small guest room in her apartment and she had covered it in black, including black curtains.
There were some random statues of God, fire all around, some scary things (kept) puja. She asked me to chant some mantras, and locked me in. I was terrified. I didn’t do it and I came out and told her that I had.
Then she started taking me to Pallavi frequently. One day, Pallavi said go to the graveyard at 12 am and throw these certain things. I was chilled to the bone! I didn’t go,” a Newspaper quoted Adhyayan as saying.
“Being a metropolitan kid studying in London and New York, I was always away from things like astrology and black magic. I remember going to my Tarot reader after she started making me doing pujas. She told me she sensed a woman from pahadi region doing black magic on me.
I knew only one person back then, my girlfriend Kangana, who used to go to Himachal for certain pujas there. My Tarot reader said she saw something really bad happening and warned me to get out of the relationship. She told me,
“You feel you want to come out of it and every time you make a decision of wanting to come out, you fail and are back at it again.” My career stopped completely.
I had a successful film Raaz 2 behind me but nobody wanted to talk about me. I started seeing this decline. My films were shutting down while she was achieving more success. Even talking about it scares me now….”, Adhyayan added.