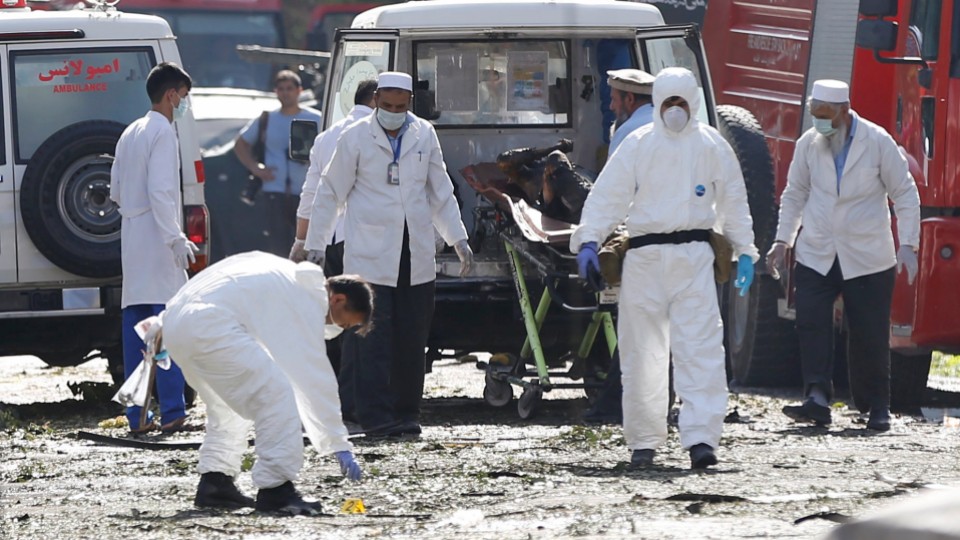 KABUL : In Afghanistan, at least 35 people were killed and several injured in a suicide car bombing in capital Kabul today. Police said, a suicide attacker detonated a car bomb in the western part of the city, although the target of the attack remained unclear.

Police cordoned off the area, located near the house of a deputy government Chief Executive. The area is a part of the city where mainly Shi’ite community lives.Taliban has claimed responsibility for the attack. According to United Nations figures, Kabul has accounted for at least 20 percent of all civilian casualties this year. At least 150 people were killed in a massive truck bomb attack in May.

“When the Taliban entered the hospital they killed 35, all civilians,” spokesman Shah Hussain Murtazawi said, without specifying if they were patients or staff. “This is a cruel crime against humanity.”He did not elaborate, but unconfirmed reports Sunday claimed that the Taliban had set the hospital alight and killed those inside.
The Taliban have denied the claim, though a spokesman said that parts of the local hospital were damaged in fighting in the area.It came as the insurgents captured Taywara district in Ghor province after days of fighting, the latest victory by the resurgent militants.

Afghan forces control 59.7 percent of the country, according to a US watchdog’s report issued in May after the winter lull in fighting, up slightly from the previous quarter.But the insurgents have ramped up their offensive across the country since launching their so-called “spring offensive” earlier this year.

Prime Minister Narendra Modi has strongly condemned the terrorist attack in Kabul. In atweet, Mr Modi said, India stands in solidarity with people and government of Afghanistan in their fight against terrorism. A suicide car bombing in Kabul today killed at least 35 people and several others injured.