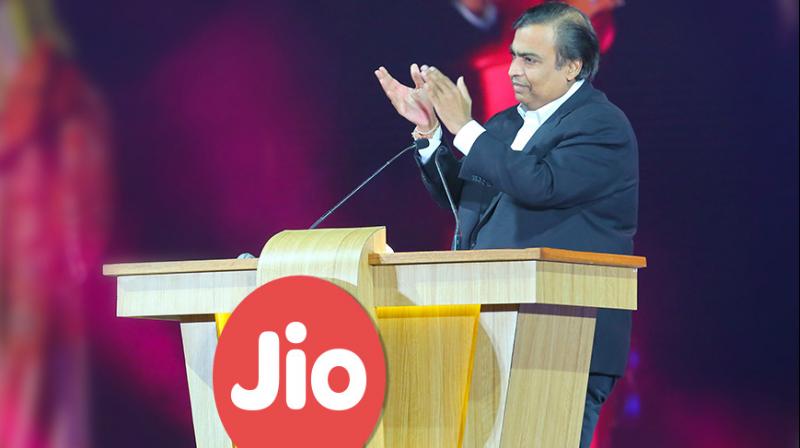 NEW DELHI : After storming the country with his ‘Rs 0 JioPhone’, Mukesh Ambani is making headlines once again as he climbed past Hong Kong’s business tycoon Li Ka-shing to become Asia’s second richest man. The business tycoon, who is the owner of the Rs 1,800 billion Reliance Industries Limited (RIL), added USD 12.1 billion (around Rs. 77,000 crore) to his wealth this year, according to the Bloomberg Billionaires Index.
Ambani’s net worth stood at USD 34.8 billion (around Rs. 2.2 lakh crore), pushing him to number 19 on the Bloomberg Billionaires Index from 29 at the end of 2016. This development comes amid RIL shares soaring post the company’s Q1 net profits recorded a 28 per cent rise in 2017.

Reliance Jio, which has reportedly caused “disruptions” in the Indian telecom sector has however contributed to the debt in the company’s business. According to a Bloomberg report, Jio has earned USD 31 billion in investments and is yet to earn RIL any profits.
Referring to Jio as “a jewel” during the RIL annual general meeting on July 21. Ambani said “Jio will become India’s largest provider of data service, products and application platforms”.

Addressing the 40th annual general meeting (AGM) of RIL, Ambani called the next ten years as a “golden decade” for RIL, which will be completing fifty years as a listed entity in 2027. He said the company will achieve more in this decade than what it has done in the last 40 years.