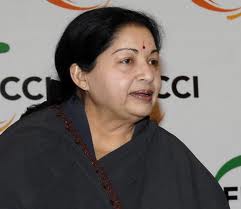 NEW DELHI : Jayalalithaa, the former chief minister of Tamil Nadu, will spend this working week in jail in Bangalore.The Supreme Court has decided to hear her request for bail on Friday.The 66-year-old was arrested in September being given a four-year sentence for corruption while in office during her first term as Chief Minister from 1991 to 1996.
She has asked for her sentence to be suspended; her application for bail has highlighted that she is unwell.
A court in Bangalore ruled against her in an 18-year-old case that alleged she had collected wealth at great odds with her disclosed sources of income. The case against her was transferred in 2001 from Tamil Nadu to neighbouring Karnataka on the orders the Supreme Court which wanted her trial to be free of any political pressure in her home state.
Meanwhile, DIG Prisons, PM Jaisimha, said that the AIADMK supremo is fit and healthy and did not show any signs of a ‘broken woman’.Jayalalithaa also has been simple in her behaviours and treated jail officials kindly.
She was eating simple food, having a cup of curd rice for lunch and dinner, along with either a banana or an apple and hot milk along with bread and a cup of coffee in the morning.”She is very strict about her food,” he said.
Amma, as she is known to supporters, has selected loyalist O Panneerselvam to replace her as Chief Minister. Her arrest and subsequent imprisonment triggered violent street protests by workers of her party the AIADMK. Mr Panneerselvam has appealed to them to remain peaceful.