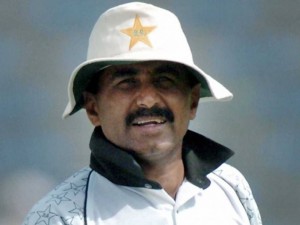 KARANCHI: In a startling revelation, Pakistan’s former captain Javed Miandad has claimed that he decided to step down as the national coach in 1999 as some players were openly indulging in corruption and unethical practices.
I told the then Chairman of the cricket board, Khalid Mehmood to take action or Pakistan cricket would suffer irreparable damage in coming times. My conscience didn’t allow me to continue as coach so I stepped down in 1999,” Miandad said.
Miandad, who played 124 Tests and 233 ODIs and also served as Director-General cricket in the PCB, said by 1999 some players were openly indulging in corruption.
“In 1999 the menace of fixing was weakening the roots of Pakistan cricket,” he added.Miandad was forced to step down as coach weeks before the World Cup in England when some members of the team revolted against him.
The players refused to play under Miandad and made this clear during a reception in Islamabad for the team prior to the World Cup claiming that he had made baseless accusations against them of fixing matches during an earlier tournament in Sharjah.

Two senior players had reportedly threatened Miandad with bats during an altercation in the dressing room where the latter accused them of deliberately under-performing in a match against England.

Miandad was also riled by comments made by the then Pakistan Cricket Board chairman Khalid Mehmood last week that the former was changed as coach as he wanted more powers in selection matters.
“What he has said is not the truth. The fact is that I had warned him than that some players were deliberately changing results and under-performing in matches. I told him to take action or Pakistan cricket would suffer in the coming years. But he didn’t believe in me and today we are seeing the damage done to Pakistan cricket,” Miandad told the ‘Jung’ newspaper in an interview.
“Some years later Saeed Anwar came to me and apologised to me for being part of the campaign against me and admitted that senior players used to instigate the junior players against me,” he claimed.

“Later on in the World Cup, these same group of players were responsible for the shock defeat against Bangladesh and than what happened in the final is now part of history,” he said.