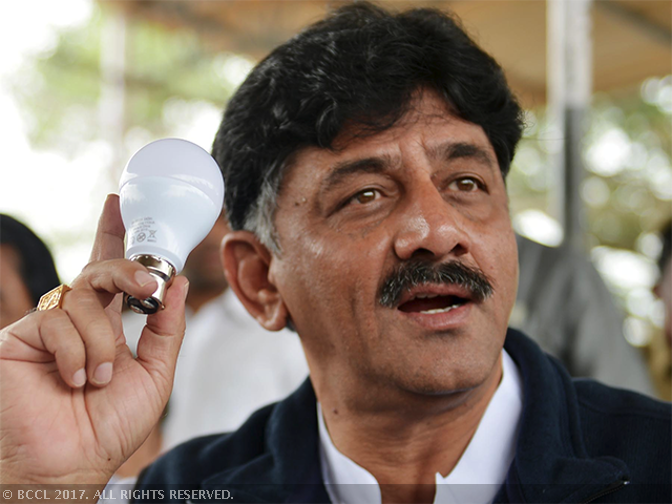 NEW DELHI / BANGALURU : Ahmed Patel, the Congress leader whose bid for re-election to Parliament is threatened by a political crisis for his party in Gujarat, has accused the ruling BJP of a “witch hunt just to win one Rajya Sabha seat.” Mr Patel tweeted his criticism this morning as Income Tax officials visited a resort in Karnataka where the Congress has sequestered 44 of its legislators from Gujarat to prevent any more defections after six of them resigned in two days, three joining the BJP.

“After using the state machinery and every other agency, these I-T raids show their utter desperation & frustration. BJP is on an unprecedented witch-hunt just to win one Rajya Sabha seat,” tweeted Mr Patel, who is political secretary to Congress president Sonia Gandhi. The raids led to a face-off between Finance Minister Arun Jaitley and Congress’ Ghulam Nabi Azad in Parliament.

Rejecting Congress’ charge of “witch-hunt”, Mr Jaitley said the raids were carried out only on the Karnataka minister not the Gujarat lawmakers and the taxmen went to Bengaluru resort as the minister in question was staying at the resort.Mr Azad hit back saying, “Timing of search is questionable. Politics of fear has moved from West to South.”

The tax department said its officials visited the Eagleton Golf Resort near Bengaluru only in connection with Karnataka minister, DK Shivakumar of the Congress, who was staying at the resort, tasked by the party to look after its Gujarat guests. Taxmen have raided 39 locations linked to the minister today for alleged tax evasion.
“The minister being searched was staying at a resort near Bengaluru where some MLAs from another state are put up. Hence the Minister’s room alone is being searched. The search team has no concern with the MLAs and there has been no contact with MLAs  and the search team,” the tax department said in a statement. Mr Shivkumar was taken for questioning at his home.
The Congress has underscored that the Gujarat Congress has paid for their stay at the resort via bank transfer. The Gujarat MLAs were flown by the party to Bengaluru last week and have been housed since then at the luxury Eagleton Golf Resort. They are scheduled to return to Gujarat on Sunday in time to vote in the Rajya Sabha elections to three seats in the state on Tuesday, August 8.

The BJP, which rules Gujarat with a big majority, will easily win two of the seats and has nominated its chief Amit Shah and union minister Smriti Irani. For the third, it has fielded a former Congressman Balwantsinh Rajput in an attempt to prevent Ahmed Patel’s re-election.

Mr Rajput is among the six Congress MLAs who quit the party over two days last week. He and two others joined the BJP, in what is seen as political revenge scripted by local leader Shankarsinh Vagehla, who exited the Congress last month after the party refused to project him as its presumptive chief minister in assembly elections to be held in Gujarat later this year.

All the MLAs who have resigned are loyal to Mr Vaghela, a former BJP leader who had joined the Congress more than a decade ago. Balwantsinh Rajput is closely related to Mr Vaghela. The Congress flew out its legislators alleging that they were being intimidated and also being offered Rs. 15 crore each to support the BJP in the Rajya Sabha elections.The BJP has rubbished the allegations, saying senior Congressmen are quitting because of the inability of its leaders Sonia and Rahul Gandhi to hold the party together.
Meanwhile, the Income Tax Department today conducted searches at multiple properties related to Karnataka Energy minister D K Shivakumar, who was overseeing the stay of 44 Congress MLAs from Gujarat at a resort near here, in connection with a tax evasion case.

IT officials said Rs 5 crore cash was recovered from the Delhi residence of the minister, who has been taken to his house in Bengaluru from the resort by the IT team.Officials privy to the early morning raids said I-T sleuths reached the Eagleton resort near here to question the minister, who was staying at the resort for the night.
The minister, was in charge of the 44 MLAs lodged there, to keep the flock together for preventing the BJP from allegedly “poaching” on them, was at the resort when the search took place, IT officials said. As the raids on the resort triggered angry reactions from the Congress, the IT department said the resort is not being raided.