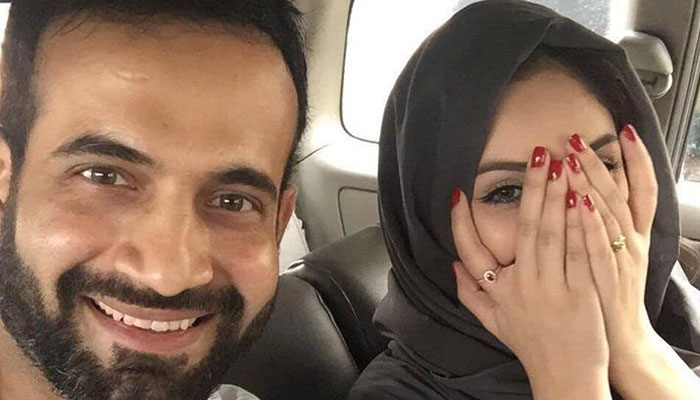 NEW DELHI : Discarded Indian cricketer Irfan Pathan is widely regarded as one of the best swing bowlers in the history of Indian cricket. The Baroda all-rounder is making every effort possible to make a comeback into the Indian team. (Sara Baig – All you need to know about Irfan Pathan’s wife)

Irfan was trolled on social media, on Monday, soon after he posted a photograph of his wife Safa Baig.
Last week, the left-handed bowler was seen singing romantic songs dedicated to his wife Safa Baig. On Sunday, he uploaded a selfie for the first time with her from his official Facebook account with the caption, “This girl is trouble ?? #love #wifey”

It did prove trouble for Pathan as he was soon ridiculed for not only uploading picture of his wife, in which half of her face is visible, but also for wearing nail polish. The picture, in which Baig is covering her face, drew flak from fans on Facebook. Pathan is being ridiculed for ‘letting her show her arms and part of face.’
The comments ranged from advising him to remove the picture to slamming him for not being ‘a good Muslim’. A comment read, “WTF Tell her to cover her arms. Being a muslim and being a Pathan its your duty to do so.”