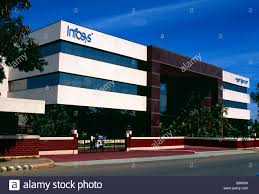 BANGALURU : A group of ministers (GoM) – appointed by the Goods and Services Tax (GST) Council to look into the technical challenges that have been facing after the launch of this massive tax reform – met today in Bengaluru. The GoM is headed by Bihar Deputy Chief Minister Sushil Kumar Modi.

Representatives from Infosys were also part of the meet. Infosys is handling much of the IT infrastructure for GST Network (GSTN). It is no secret that the implementation of that biggest tax reform GST has not been as smooth as desired. “The systems had not crashed…and that the pressure was due to the scale of operations and last minute rush by tax payers,” Mr Modi said.

He also said that, “22 crore invoices have been filed in two and a half months and 85 lakhs new and old dealers have been registered under GST.” He further stated, “I want to appeal to tax payers that they should not wait for the last day. Because of that there is a heavy rush for the system. Only five days left for August filing and only 3.05 lakh have filed form 3B compared to more than 45 lakh in July…so there will be a rush.” We will be able to solve the nitty-gritties found in the IT system, he added.

Infosys, which is handling the GSTN, was represented at the meet. And, the government defended the IT major’s role. Revenue Secretary Hasmukh Adhia said, “Infosys has not failed. They have been delivering very well. Hiccups will be there which need to be sorted out.” The team insisted the glitches were minor and included non-availability of some forms online or difficulty for the user in changing some fields. The GoM will meet again soon – probably in Bengaluru again – as Infosys is headquartered in the city.ndtv.