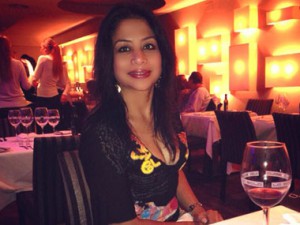 MUMBAI: Indrani Mukerjea, the prime accused in Sheena Bora’s murder, had trained her then driver and co-accused Shyamwar Rai to communicate over video chat app Skype in a bid to avoid phone-tapping, the CBI said in its chargesheet, details of which emerged here on Wednesday.
The training was given to Rai by Indrani’s secretary Kajal Sharma, who is now included as a witness in the murder case.Mumbai police had first made a reference to the use of Skype by the accused to communicate among themselves and the fact has now been corroborated in the CBI investigation.
Indrani had asked Kajal to open a Skype account in the name of Rai and to train him in using it, said the CBI’s Deputy Superintendent of Police K.K. Singh, who filed the chargesheet.
Later, after Indrani took Rai into confidence and expressed her plan to eliminate her daughter Sheena and son Mikhail Bora, who survived the bid on his life by poisoning, the duo (Indrani and Rai) used to communicate on Skype to avoid any possible phone-tapping.

Mumbai police also said that the accused used modern tools like email, internet and Skype to plan and execute the gruesome murder, and impersonated Sheena’s email identity, among other things.

Four people have been arrested in connection with Sheena’s killing, including her mother Indrani, Indrani’s ex-husband Sanjeev Khanna and Rai. Last week, Indrani’s present husband Peter Mukerjea, the former CEO of Star India, was also arrested.
Sheena was murdered in April 2012 and the case broke out in August this year.