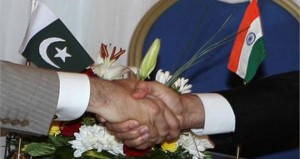 NEW DELHI : India’s minister for Commerce and Industry Nirmala Sitharaman will meet her Pakistani counterpart Khurram Dastgir Khan in Bhutan next month to discuss revival of talks on bilateral trade liberalisation, according to a media report on Sunday.
The two ministers would meet on July 24 on the sidelines of a meeting of the Safta Ministerial Council, a senior Pakistani official was quoted as saying by Dawn. This will be the first meeting of the two ministers after the new BJP-led government came to power in Delhi recently.
“I will meet the Indian state minister for commerce for resumption of bilateral trade talks,” Khan was quoted as saying. Noting that all options for complete liberalisation of trade with India would be discussed during the meeting, the minister added that commerce ministers of countries of the South Asian Association for Regional Cooperation (SAARC) grouping will also attend the meeting to discuss the resumption of freer trade among the member countries.
It would also take up the issues of further trimming of the sensitive list, removing visa restrictions, allowing of banking channels and mobile connectivity, he said. In 2012, Pakistan expanded the list of items tradable with India from 1,918 items to 5,800. Only 1,209 items now remain on the negative list. Pakistan has 936 items on the sensitive list and India 614.