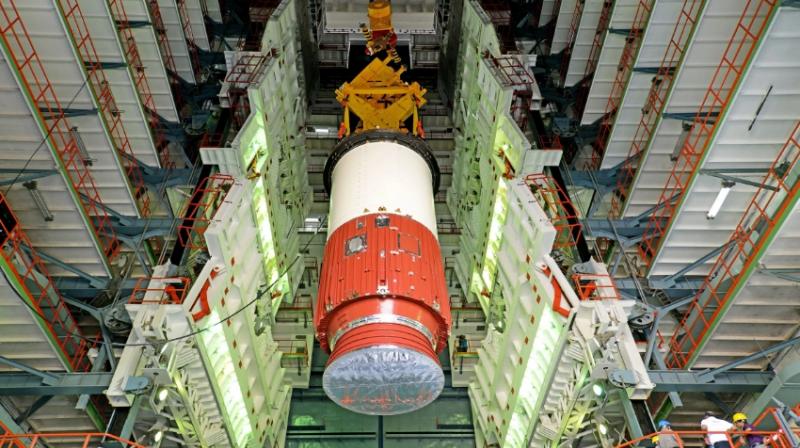 CHENNAI: In a new beginning to the private sector in space enterprise, ISRO is set to launch the  first private sector-built navigation satellite IRNSS-1H from the Satish Dhawan Space Centre at Sriharikota on Thursday at 7 PM.  Private firms had so far only built components and systems for India’s satellites and rockets.
IRNSS-1H, the backup satellite in the indigenous navigation system, will be launched by PSLV-C39 rocket from Sriharikota at 6.59 pm. “ISRO has done the final assembly, integration and testing along with the private companies. Gradually, more and more industry participation will happen in future in building the rockets and satellites,” ISRO chairman A.S.Kirankumar said.

According to ISRO, NavIC is useful for fishermen to reach the potential fishing area. The fishermen can also get alert messages relating to bad weather, high waves or when they approach international maritime boundary line. These services are provided through a software application on a smart phone.

It is the first of two satellites to be assembled and tested by the consortium of small companies led by Alpha Design Technologies, a Bengaluru based company. ISRO handheld the team of 70 engineers from the consortium companies in testing and assembling this satellite while the work on the second satellite will be done more independently.

The IRNSS-1H was built by a consortium led by Bengaluru-based Alpha Design Technologies under the supervision of  a team consists of 70 scientists from ISRO.  Talking to leading daily Times of India, ISRO chairman A S Kiran Kumar had informed, “For the first time, a private company has been involved in the integration of a satellite. Progressively, we will involve more and more companies in satellite assembly activities.”
According to ISRO officials, the total cost of all the seven satellites was ₹1,420 crore. The Rs 1,420-crore Indian satellite navigation system NavIC consists of nine satellites — seven in orbit and two as substitutes. One of the substitutes is the IRNSS-1H.Each satellite has three clocks and a total of 27 clocks for the navigation satellite system (including the standby satellites) were supplied by the same vendor. The clocks are important to provide precise locational data.
Key features of IRNSS-1H:
Like its other IRNSS predecessors, IRNSS-1H also carries two types of payloads – navigation payload and ranging payload. The navigation payload of IRNSS-1H will transmit navigation service signals to the users. This payload will be operating in L5-band and S-band.
The ranging payload of IRNSS-1H consists of a C-band transponder, which facilitates accurate determination of the range of the satellite. IRNSS-1H also carries Corner Cube Retro Reflectors for laser ranging.The launch vehicle PSLV-C39 will use the ‘XL’ version of PSLV equipped with six strap-ons, each carrying 12 tons of propellant.
The over 1,400 kg spacecraft was built and tested by ISRO along with a consortium of six small and medium industries.
(With inputs from agencies)