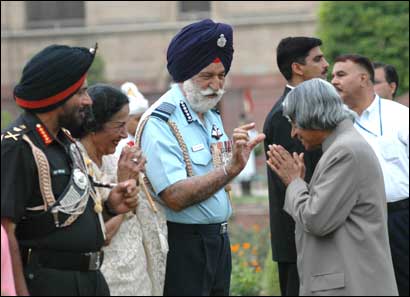 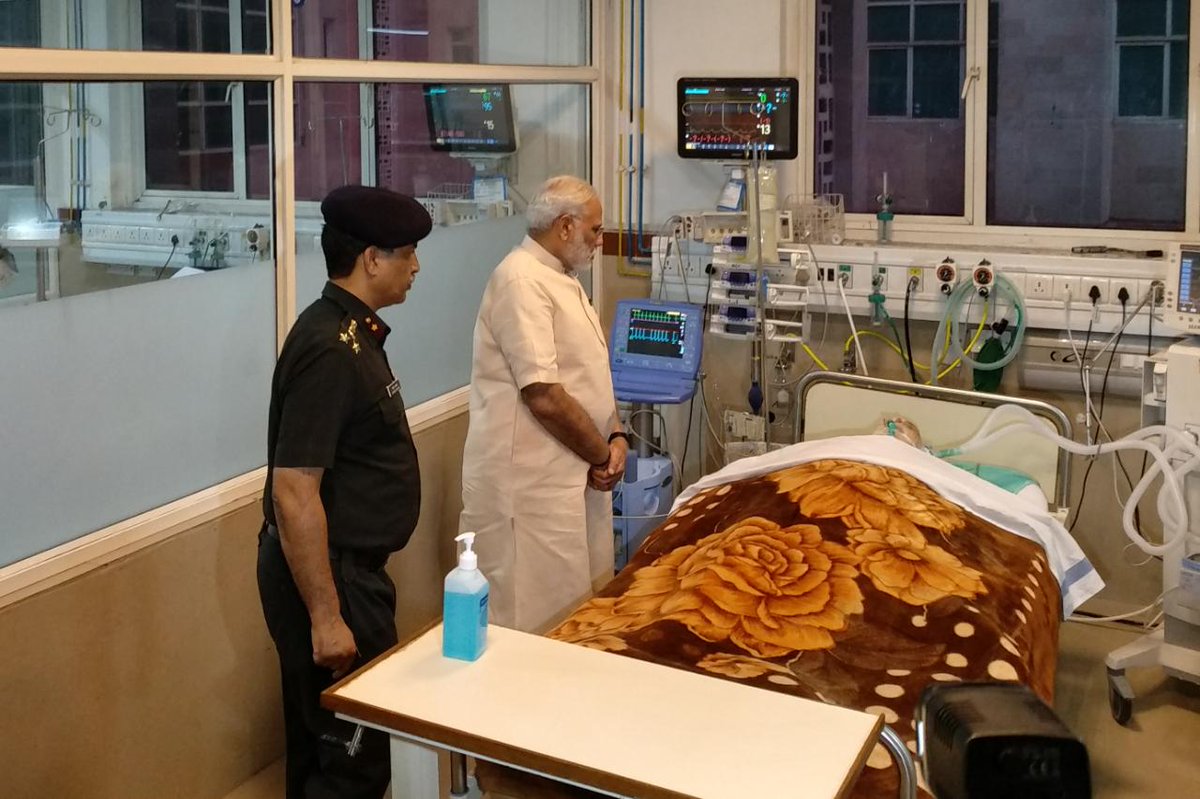 NEW DELHI : Former Indian Air Force chief Arjan Singh, who passed away here on Saturday after a massive cardiac arrest, had spearheaded the India-Pakistan War in 1965, making him the first officer to lead the IAF in a conflict.
At the age of 44, Singh was appointed the Chief of Air Staff on August 1, 1964 and he held the post till July 15, 1969.

Marshal of the Indian Air Force Arjan Singh, one of Independent India’s most celebrated soldiers, passed away in the national capital on Saturday. He was 98. A statement from the Ministry of Defence said he was admitted to the hospital on Saturday morning following a cardiac arrest, and breathed his last at 7.47 PM.

In September 1965 when Pakistan launched Operation Grand Slam, in which an armoured thrust targeted the vital town of Akhnur, Singh was summoned to the Defence Minister’s office with a request for air support. When asked how quickly the IAF will be ready for operations, Singh said in his characteristic nonchalance,”in an hour”. IAF struck the Pakistani offensive in an hour.

The Marshal of the Air Force was famous for his role in the 1965 India-Pakistan war. An icon of the Indian military history, the then Chief of Air Staff Arjan Singh had led a young Air Force into the war in1965 when he was hardly 44 years of age. During World War II, Arjan Singh flew close support missions during the Imphal Campaign and also was part of the team that assisted the advance of allied forces to Rangoon in today’s Myanmar. For his role in successfully leading the squadron during combat, Arjan Singh received the Distinguished Flying Cross in 1944.

As India declared its Independence on 15 August 1947, Singh led the fly-past of more than a hundred IAF aircraft over the Red Fort in the national capital. After Independence, he took command of Air Force station in Ambala, and later in 1949 he took over as the Air Officer Commanding of Operational Command, which later became the Western Air Command based in Delhi. He led the Command during 1949-1952 and again from 1957-1961, thus setting a record for leading the crucial command for the longest period.

After his retirement, he served as India’s envoy to Switzerland and Kenya. He was also appointed Lt. governor of Delhi. He became the Marshal of Air Force in January 2002. In 2016, IAF renamed its Panagarh airbase in West Bengal after Marshal Arjan Singh. Singh, a Padma Vibhushan awardee, was born on April 15, 1919 in the then Punjab town of Lyallpur.

After the death of Field Marshal Sam Manekshaw in 2008, he became the only living Indian military officer with a five-star rank. Singh came from a family of military officers. His father had served as ADC to a division commander, while his grandfather was in the Guides Cavalry. According to wikipedia, his great-grandfather was among the first two generations of the Guides Cavalry enlisted in 1854.

Singh was educated from the RAF College in Cranwell in 1938 and was commissioned as a pilot in December 1939. He had led the No. 1 Squadron of the IAF into combat during the Arakan Campaign in 1944. And the same year, he was awarded with the distinguished Flying Cross. He was made the Air Chief Marshal from the rank of Chief of Air Staff in recognition of his contribution in the 1965 war. He was awarded the Padma Vibhushan in 1965 for distinguished service.

He retired from service in 1970 at the age of 50. After his retirement, he served as India’s Ambassador to Switzerland and the Vatican. He was also appointed as the High Commissioner to Kenya in 1974. He also became the Lt. Governor of Delhi from Dec 1989 to Dec 1990.

Prime Minister Narendra Modi, who visited him earlier in the day, had said Arjan Singh’s condition was critical. “Went to R&R Hospital to see Marshal of the Indian Air Force Arjan Singh, who is critically ill. I also met his family members,” the PM had tweeted after visiting Arjan Singh. Defence Minister Nirmala Sitharaman and the three services chiefs also visited the hospital.

With careful planning, unmatched insight and wisdom, Arjan Singh, out-foxed Pakistan Air Force which had top of line US jets as against India’s old Gnats and Vampire fighters. After few initial setbacks, the Indian Air Force out maneuvered and out did the Pakistan Air Force handing India air superiority to the ground forces.
The Prime Minister He tweeted “India mourns the unfortunate demise of Marshal of the Indian Air Force Arjan Singh. We remember his outstanding service to the nation. Marshal of the IAF Arjan Singh’s determined focus on capacity building in the IAF added great strength to our defence capabilities. India will never forget the excellent leadership of Marshal of the IAF Arjan Singh in 1965, when the IAF saw substantial action.”
Reminiscing about their meeting, the PM said “Sometime back I met him, who despite his ill health tried to get up to salute even though I said no. Such was his soldier discipline.” (With Agency Inputs ).