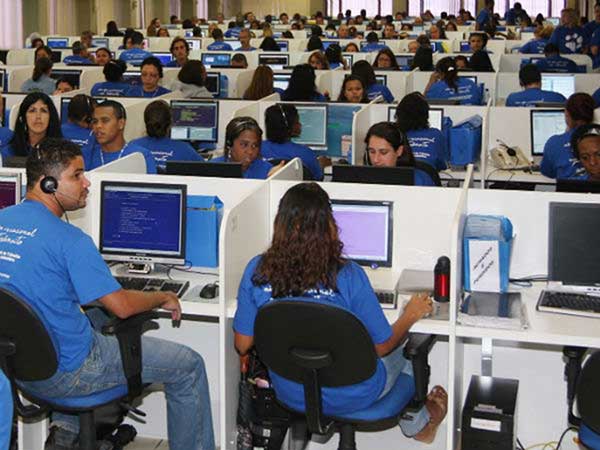 NEW DELHI : Amid increasing number of job queries back home by US-based Indians since Donald Trump’s election as the new President, Indian IT industry is abuzz with concerns about the latest H-1B policy changes and their impact on Indian professionals abroad.
President Donald Trump on Tuesday signed an executive order for tightening the H-1B visa programme – most sought after by Indian IT professionals. R Chandrashekhar, president of Indian IT Industry body Nasscom, spoke to a tv channel Profit addressing some of those concerns.
The number of Indians in the US searching for jobs in India has gone up more than ten-fold between December and March, Mint reported citing an analysis by consulting firm Deloitte Touche Tohmatsu.

Talking about the increase in interest in Indian jobs, Mr Chandrashekhar said he was “not surprised, frankly,” adding: “The fact is that there is substantive and logical part to the problem and there’s a perceptional part…
A lot of the statements that are emanating from people in the (US) administration have led to a pervasive view, not just in India but across the world, that the government is turning more protectionist and the forces of anti-globalisation have achieved a certain prominence.”
There were approximately 600 US-based Indians seeking jobs in India in December 2016. By the end of March 2017, the number had gone up to approximately 7,000, the report added, citing Deloitte analysis.”Alongside that are the admittedly isolated and stray incidents but nonetheless they also have their own psychological impact..,” the Nasscom official said.
“All of these have led to a heightened sense of insecurity and uncertainty…professionally, economically or in terms of jobs. And therefore people will always look for a more secure future. That’s the natural consequence,” he said.
Another industry body Assocham has warned that Indian IT companies may be forced to displace workforce with a tightening H-1B visa regime in the United States as cost pressure would increase, aggravated by rising rupee leading to lower onsite placements for Indians.
“Rather than take chances with the direction in which all these will finally head up to, many more people would want to have a more assured future differently. This, we believe, in the long run, will have much more adverse consequences in the US economy because it will prevent businesses from adopting technology, it will slow down the innovation engine, it will have to some extent the reverse impact in India… All of these are parts of the impact of perceptions, which are also very important in this issue on both sides,” he said.