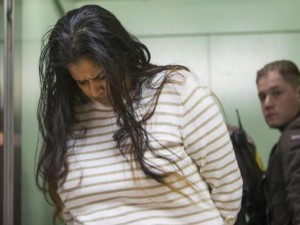 WASHINGTON: The stiff 30-year prison sentence doled out to an Indian-American woman for female foeticide and child maltreatment has sparked a debate in the United States on how prosecutors are using laws that were designed to protect expecting mothers to instead prosecute women for terminating a pregnancy.
Purvi Patel, 33, was on Monday sentenced to 30 years in prison with 20 years executed, 10 suspended, charged with neglect of a dependent. She will also serve five years probation.
For the foeticide charge, she was sentenced to 6 years in prison, to run concurrently with her neglect of a dependent sentence, ABC News reported.
Reproductive rights activists believe the sentencing of Patel, who lives in Indiana, highlights how U.S. prosecutors are misusing of the laws protecting expecting mothers.
“While no woman should face criminal charges for having an abortion or experiencing a pregnancy loss, the cruel length of this sentence confirms that foeticide and other measures promoted by anti-abortion organisations are intended to punish not protect women,” said Lynn Paltrow Executive Director of National Advocates for Pregnant Women (NAPW) in a statement.
Ms. Patel is not the first woman in the U.S. to have been arrested and charged with a crime for terminating her own pregnancy or based on allegations that she had attempted to do so, it said.
This case, however, is the first time any woman has been charged, convicted, and sentenced for the crime of foeticide for having attempted to end her own pregnancy, it said.
Ms. Patel comes from a family of Indian immigrants who settled in Granger, Indiana, a suburb of South Bend.Ms. Patel in July 2013 went to a hospital emergency room suffering from heavy vaginal bleeding. She denied that she had been pregnant, but eventually told doctors that she had miscarried and placed the stillborn foetus in a bag and placed the bag in a dumpster.
Ms. Patel’s defence attorney argued that the prosecution could not simultaneously accuse her of killing her unborn child and of abandoning a living one.
But Indiana prosecutor Ken Cotter said that a person can be found guilty of foeticide even if the foetus survives, and Judge Elizabeth Hurley ultimately rejected the defence’s argument. A jury found Ms. Patel guilty on both counts in early February, though her attorney plans to appeal the verdict.
At the sentencing, Ms. Hurley said that Ms. Patel was in a position to legally end her pregnancy, but opted for an illegal method, and later “ensured that baby’s death by placing him in the trash can with the other bathroom trash”.
Activists like Sara Ainsworth, director of legal advocacy at National Advocates for Pregnant Women, expressed concerns that women will be less likely to seek out doctors in cases of abortions or miscarriages.
David Orentlicher, a medical ethics specialist and former Indiana state representative, echoed that fear.“Any time a pregnant woman does something that can harm a foetus, now she has to worry, ‘Am I going to be charged with attempted foeticide?’”