WASHINGTON: The International Monetary Fund (IMF) has projected India’s growth to recover from 4.4 percent in 2013 to 5.4 percent in 2014 and strengthen to 6.4 percent next year, essentially unchanged from its forecast in January.
These projections are based on the assumption that government efforts to revive investment growth succeed and export growth strengthens after the recent rupee depreciation, the multilateral finance institution said in the April 2014 World Economic Outlook (WEO).
India’s growth recovery is supported by slightly stronger global growth, improving export competitiveness, and implementation of recently approved investment projects, it said. A pick-up in exports in recent months and measures to curb gold imports have contributed to lowering the current account deficit, IMF said.
Policy measures to bolster capital flows have further helped reduce external vulnerabilities. ”Overall growth is expected to firm up on policies supporting investment and a confidence boost from recent policy actions, but will remain below trend,” IMF said. 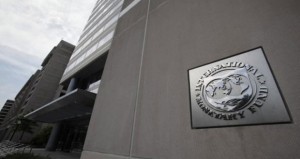 “Consumer price inflation is expected to remain an important challenge, but should continue to move onto a downward trajectory,” the WEO said. In a number of economies, including Brazil, India, and Indonesia, inflation pressure continues and could be reinforced by currency depreciation since mid-2013, IMF said.In India, further tightening of the monetary stance might be needed for a durable reduction in inflation and inflation expectations.
The forecast for China is that growth will remain broadly unchanged at about 7.5 percent in 2014-15, only a modest decline from 2012-13. Elsewhere in emerging and developing Asia, growth is expected to remain at 5.3 percent in 2014 because of tighter domestic and external financial conditions before rising to 5.7 percent in 2015, helped by stronger external demand and weaker currencies.
For Asia as a whole, growth is expected to accelerate modestly, from 5.2 percent in 2013 to about 5.5 percent in both 2014 and 2015, the WEO said. The improved outlook in advanced economies, alongside more competitive exchange rates in some cases, will help boost exports.Inflation is expected to increase slightly, albeit remaining generally low across the region, as output gaps close. The main exceptions are India and Indonesia, whose high inflation rates should continue to moderate further, IMF said.