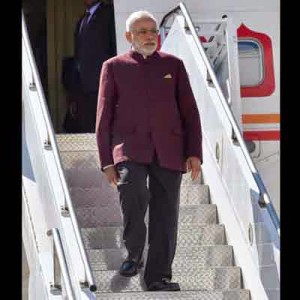 NEW YORK: India today strongly rejected the “untenable comments” made by Pakistan Prime Minister Nawaz Sharif on Jammu and Kashmir in the United Nations General Assembly or UNGA, asserting that the people of the state have peacefully chosen their destiny in accordance with universally accepted democratic principles.
Exercising its Right to Reply on the floor of the General Assembly to the comments made by Mr Sharif, India said that the Pakistan Prime Minister made “unwarranted references” in his address to the UN session earlier yesterday.

“I would like to bring to the notice of this august House that the people of Jammu and Kashmir have peacefully chosen their destiny in accordance with the universally accepted democratic principles and practices and they continue to do so. We, therefore, reject in their entirety the untenable comments of the distinguished delegate of Pakistan,” Abhishek Singh, First Secretary in the Indian mission to the UN said in the General Assembly.
Again raising the issue of Jammu and Kashmir in the UN, Mr Sharif had said that a “veil” cannot be drawn on the issue of Kashmir.Blaming India for the cancellation of the Foreign Secretary level talks between the two countries in August, Mr Sharif had said it was “another missed opportunity” to settle disputes and build economic and trade relations.
“We were disappointed at the cancellation of the Foreign Secretary-level talks. The world community, too, rightly saw it as another missed opportunity. Pakistan is convinced that we must remain engaged in the dialogue process for settling disputes and building economic and trade relations. Let us not ignore the dividends of peace,” he said.In his address, Mr Sharif said that more than six decades ago, the United Nations passed resolutions to hold a plebiscite in Jammu and Kashmir.
“The people of J&K are still waiting for the fulfillment of that promise. Many generations of Kashmiris have lived their lives under occupation, accompanied by violence and abuse of their fundamental rights. Kashmiri women, in particular, have undergone immense suffering and humiliation,” he said.
Mr Sharif repeated that the “core issue of Jammu and Kashmir” has to be resolved. “This is the responsibility of the international community. We cannot draw a veil on the issue of
Kashmir, until it is addressed in accordance with the wishes of the people of J&K,” he said.Mr Sharif, who was invited by Prime Minister Narendra Modi at his swearing in ceremony in New Delhi in May, told the UNGA that for decades, attempts have been made, both under UN auspices and bilaterally in the spirit of the Lahore Declaration, to resolve the Kashmir dispute.
“Pakistan is ready to work for resolution of this problem through negotiations. Our support and advocacy of the right to self-determination of the people of J&K is our historic commitment and a duty, as a party to the Kashmir dispute.He said that it is his government’s “aspiration and effort” to build a peaceful neighborhood by pursuing a policy of constructive engagement.