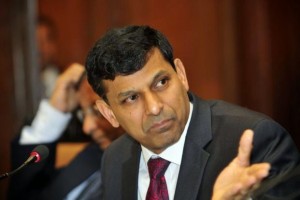 MUMBAI: India is prepared to deal with any external shocks arising out of the escalating tensions in Iraq, Reserve Bank of India Governor Raghuram Rajan said on Tuesday.“We have sufficient reserves, the current account deficit is low. So I think one should not worry too much about the external side at this point,” Rajan told reporters on the sideline of the Banking and Economic Conclave organised by the State Bank of India (SBI) here.
The Indian currency and stock markets have come under pressure due to escalating tensions in Iraq, that supplies nearly 13 percent of India’s oil needs.  Rajan said the Indian government is closely watching the situation in Iraq. “The issue in Iraq is still an area of uncertainty. It is an issue that we are watching, and of course all should be concerned with the fighting in Iraq.”
The governor said India’s financial position is in a must stronger position today than a year ago to deal with any external shocks.  “As far as the external front goes, we are in much better position than we were last year,” he said.  On inflation, Rajan said the central bank as well as the government need to be vigilant to tackle the problem. “Both the government and the RBI is watching and have to be vigilant in this,” he said.
He said proper management of food would help ease the inflation problem.  India’s Wholesale Price Index (WPI) based inflation rose to a five-month high of 6.01 percent in May against 5.20 percent in the previous month due to a sharp jump in food and fuel prices, according to official data released Monday.