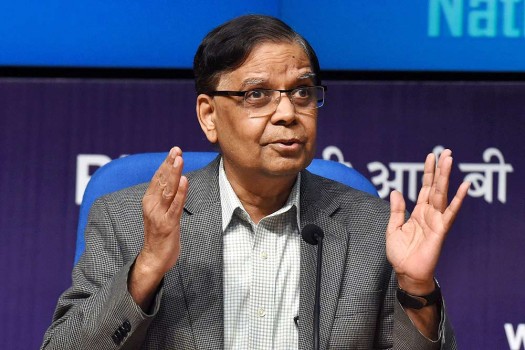 NEW DELHI : NITI Aayog Vice Chairman Arvind Panagariya has said that India is likely to clock a 7 point 5 per cent economic growth in the current fiscal.

He said in New York that towards the last quarter of the current fiscal, growth rate will begin to touch eight per cent but the average for the year will be about 7.5 per cent.

Mr Panagariya, however, acknowledged that job creation in the country, especially at the lower, semi-skilled level, truly is the biggest challenge, probably bigger than growing at eight per cent. He said it is unfortunate that India’s better performing sectors such as automobile, auto parts, engineering goods, petroleum refinery, pharmaceuticals and IT enabled services, are not very employment-intensive.

Mr Panagariya said, all these sectors are either very capital intensive or skill labour intensive. There is a big need for good jobs at the lower, semi-skilled level, he said.Panagariya said he does not agree with the classification in some sections of the media that India’s economic growth is a jobless growth.