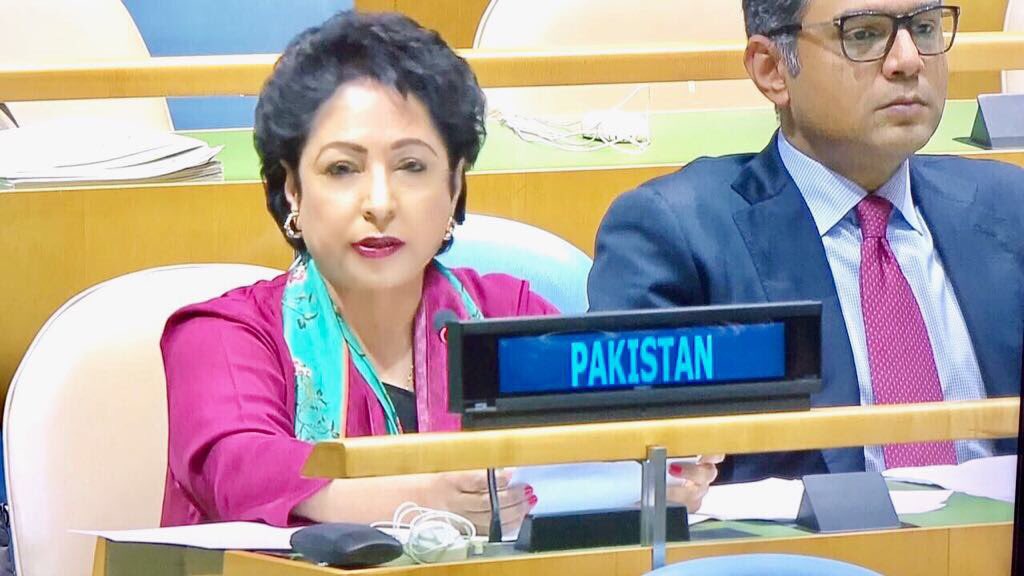 “India is the mother of terrorism in South Asia,” the Pakistani representative went on to say, adding that Sushma’s speech “displays the hostility of Indian leadership against Pakistan”.

Lodhi’s comments came at the 72nd session of the United Nations General Assembly and followed External Affairs Minister Sushma Swaraj launching a scathing attack on Pakistan for its support for terrorism. Lodi was using Islamabad’s right of reply to make her new allegations.

Lodhi stuck to Pakistan’s old record of raising Kashmir at international fora and criticised Swaraj for ignoring the ‘core issue’ of Jammu and Kashmir. She accused India of carrying out a “campaign of brutality… including shooting and blinding of innocent Kashmiri children with pellet guns.”

“Indian cannot hide behind semantics. Any interstate dispute is by definition international dispute. If parties fail to resolve dispute, the UN and the international community not only has the right but the obligation to intervene and help,” Lodhi said in an attempt to, once again, internationalise the Kashmir issue.

Demanding that India not be let off the hook over its ‘terror antics’ under the garb of national security, Pakistan urged the United Nations to define terrorism and include state terrorism in its list of condemnable exploits.

In stark contrast to Sushma Swaraj’s affirmation that Pakistan has spurned every olive branch extended by India under the Narendra Modi government, Maleeha said that it is India that refuses bilateral dialogue with Pakistan – either comprehensive or composite.

“This so called democracy is the world’s largest hypocrisy,” the Pakistani representative continued as she took direct aim at the Narendra Modi-led government in New Delhi.

“India’s current political luminaries belong to an organisation that has the blood of thousands of Muslims of Gujarat on their hands,” Lodhi said. “India is ruled by a Govt in which a racist and fascist ideology is embedded.”

She went on to refer to Uttar Pradesh chief minister Yogi Adityanath as a “fanatic” and claimed that the Indian govenrment has “allowed lynching of Muslims”. “Pakistan remains open to resuming comprehensive dialogue with India. But this dialogue must be accounted by an end to India’s campaign of subversion and state sponsored terrorism in Pakistan,” Lodhi ended. (With Agency Inputs ).