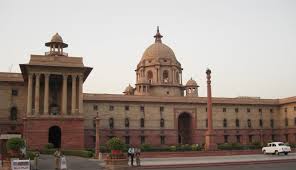 NEW DELHI: India has countered Pakistan High Commissioner Abdul Basit’s assertion that the visit by Pakistan’s Joint Investigation Team (JIT) to investigate the Pathankot airbase terror attack was not on the basis of reciprocity.
External Affairs Ministry spokesperson Vikas Swarup said in New Delhi that the Indian High Commission in Islamabad had formally conveyed to Pakistan Foreign Ministry that the terms of reference of the JIT’s visit are broadly agreed to with the condition that these would be on the basis of reciprocity.

Earlier, during a media interaction, the Pakistan High Commissioner had said, the whole investigation by the JIT is not about the question of reciprocity but is more about extending cooperation to each other to get to the bottom of the incident.
On Mr. Basit’s remarks that the Indo-Pak peace process stands suspended, Mr. Swarup referred to Pakistani Foreign Ministry Spokesman Nafees Zakaria’s press conference in which he had stated that both countries are in contact with each other, and it has been reiterated from both sides that modalities are being worked out. Mr. Zakaria was asked about the status of the Indo-Pak Foreign Secretary-level talks.

Meanwhile, the United States has asked India and Pakistan to engage in direct dialogue aimed at reducing tensions. A State Department spokesman said, US believes that both India and Pakistan stand to benefit from the normalisation of relations and practical co-operation.