A new era of economic development, industrialisation and trade has begun in India, he said at the India—ASEAN summit at Nay Pyi Taw in Myanmar. 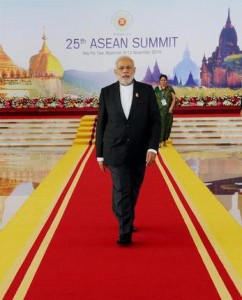