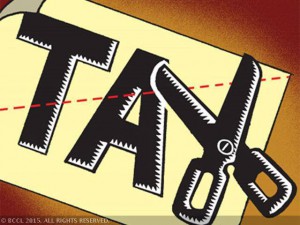 NEW DELHI: In order to end the trouble of sending paper-based acknowledgement of e-filed Income Tax Returns (ITRs), the Central Board of Direct Taxes (CBDT) is planning to send a one-time password (OTP) on taxpayers’ mobile phones, which will be valid for 24 hours after getting verified from the Aadhaar database.
A senior official said the new ITRs will capture the Aadhaar number of an individual and after doing a “back-end” matching of the Aadhaar number with the mobile number, an OTP will be generated and sent for validating and final submission of the return.
“The department will do the matching with the Aadhaar database where the biometrics and particulars of an individual are hosted. If the Aadhaar number and relevant details like PAN number and mobile number get kind of matched, then an OTP will be sent on the mobile which will be valid for 24 hours.
So, once you have uploaded your return (ITR), there will be an icon showing validate your return and with that OTP you can do that,” the official explained.“There could be an option to generate a second OTP too but that is being worked out. After putting the OTP, you then don’t need to send the ITR-V (paper acknowledgement). The problem of ITR-V will get resolved,” the official said.
“The Aadhaar-based authentication will give the e-filing of ITRs a legal sanction and hence the ITR-V system can be totally disposed off. However, providing Aadhaar is not mandatory and those taxpayers, who do not have or who do not mention their Aadhaar, they will have to send their ITR-V by post as usual,” the official added.