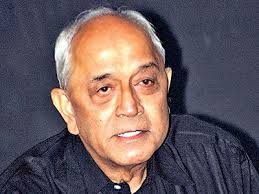 NEW DELHI: Delhi’s ruling Aam Admi Party or AAP on Sunday replaced its Lokpal retired Admiral L Ramdas, with a team of three ombudsmen including two former police officers.
A day after it sacked dissident leaders Prashant Bhushan and Yogendra Yadav, AAP leaders who met at Chief Minister Arvind Kejriwal’s residence also set up a new disciplinary committee and a panel to study the Aam Aadmi Party’s state of affairs in various states.
The AAP also decided to lay siege to parliament on April 22 to protest against the land acquisition bill.Simultaneously, the AAP released the entire transcript of Mr Kejriwal’s speech at its National Executive meet on Saturday that led to the sacking of Mr Yadav and Mr Bhushan from the top body, forcing them to call the chief minister an autocrat.
Mr Bhushan and Mr Yadav, who are co-founders of the AAP along with Mr Kejriwal, have pledged to approach the Supreme Court and the Election Commission against their sacking.
But the AAP sought to underline on Sunday that retired Admiral L Ramdas, a former chief of the Indian Navy, was not removed or sacked but his term had ended.
“A new Lokpal committee has been constituted. The tenure of Ramdas was over, so a new Lokpal had to be appointed. It should not be considered he was removed or sacked,” party leader Sanjay Singh told reporters.
The new Lokpal panel will include retired police officers N Dilip Kumar (Delhi Police), and Rakesh Sinha, a former deputy inspector general in the Central Industrial Security Force, as well as educationist SP Verma.
A new disciplinary committee was constituted, replacing Mr Bhushan with Ashish Khetan, a former journalist and a Kejriwal loyalist. Dinesh Vaghela, a social activist, was named the team’s new head while Pankaj Gupta would be its third member.
Party leader Pankaj Gupta said the committee to study the potential of the AAP in various states would be headed by Sanjay Singh.It would deal with “problems of booth level volunteers and funding… to know the party’s political status in those states.”
“After a detailed report, the committee will form the agendas and future plans for states.”Mr Gupta said the party had decided to protest against the land acquisition bill by a “gherao” of parliament on April 22.
“The decision to protest against the land acquisition was taken at Saturday’s national executive meet itself. A six-member committee has been formed to execute the gherao.”Mr Yadav, Mr Bhushan and their supporters promptly hit back.
“This is a Stalinist regime and only one man’s writ will run,” Mr Bhushan said, referring to Mr Kejriwal. “It is farcical to appoint Khetan in the disciplinary committee when he has made personal comments against me.””Also, the manner in which the Lokpal has been removed is against the AAP’s constitution under which the Lokpal appoints his or her successor.”
“The National Executive has no authority to appoint a new Lokpal. Only the Lokpal can appoint his successor. Shocked to hear that a party built on Lokpal movement has thrown out its own Lokpal.”added Mr Yadav.