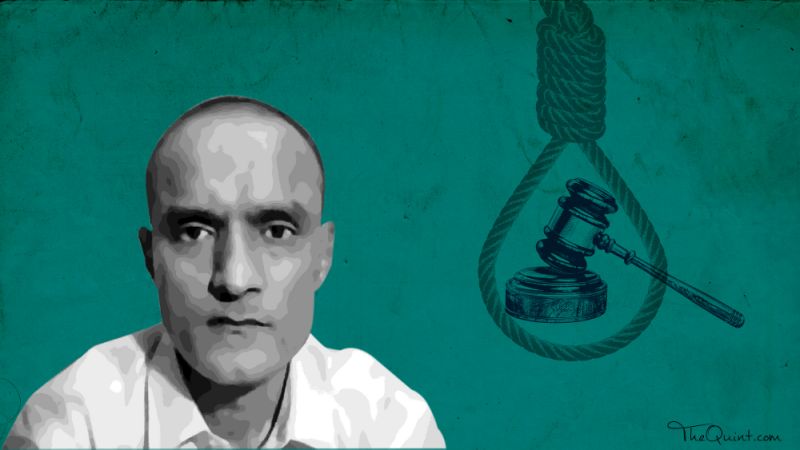 NEW DELHI : In major diplomatic win for India, the International Court of Justice on Thursday ordered Pakistan not to execute alleged Indian spy Kulbhushan Jadhav till a final decision is taken. Judge Ronny Abraham, President of the ICJ, reading out the court verdict also asked Pakistan to inform it of all the measures it has taken to implement the order.

India had on Monday sought the court’s intervention for an immediate suspension of Jadhav’s death sentence, fearing that the Indian national may be executed even before the ICJ decided the case. Kulbhushan Jadhav’s death sentence has been halted for now, with the International Court of Justice (ICJ) at The Hague today ordering Pakistan to ensure that the Indian is not executed until a final decision was taken in his case. “Pakistan shall take all measures at its disposal to ensure that Mr Jadhav is not executed pending the final decision in these proceedings,” the top UN court ruled in a decision it called unanimous and binding.
It also said that Pakistan should have given India consular access to Kulbhushan Jadhav, rejecting Pakistan’s argument that a person convicted of espionage is not entitled to it. The order is “unanimous, favourable, clear and unambiguous,” said New Delhi. The UN court announced its interim ruling on India’s urgent appeal accusing Pakistan of violating the Vienna Convention, which guarantees diplomatic help to foreigners accused of capital crimes. 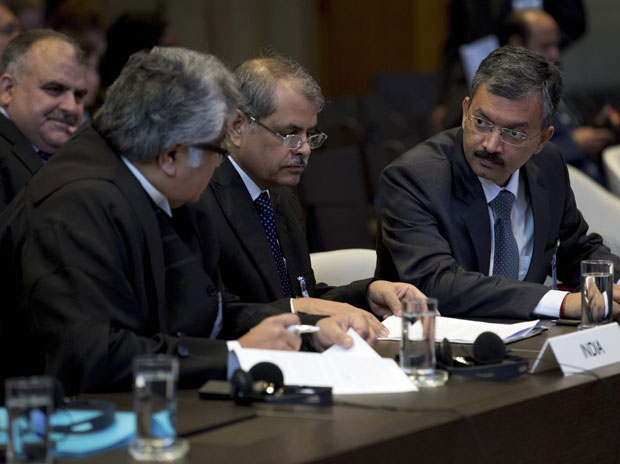 India saw today’s interim order as a significant win, with Foreign Minister Sushma Swaraj saying, “I assure the nation that under the leadership of Prime Minister Narendra Modi, we will leave no stone unturned to save Kulbhushan Jadhav hearing: Dr Deepak Mittal, joint secretary of India’s Ministry of External Affairs, right, and his delegation wait for judges to enter the World Court in The Hague, Netherlands. PTI/AP

Kulbhushan Jadhav.”Pakistan, however, said the ruling had “not changed the status of Jadhav’s case in any manner”. Its Attorney General Ashtar Ausaf Ali’s office said it was determined to take the case to “its logical end”.
In an emergency hearing on Monday, India had accused Pakistan of “egregious violations of the Vienna convention” by denying Mr Jadhav, a former navy officer, of legal counsel and consular access and refusing to reveal the charges or evidence against him.The 11 judges today agreed with India’s stand that there is urgency in the case, and noted that Pakistan had given no assurance that Mr Jadhav would not be executed till its verdict.
Mr Jadhav, 47, was arrested in March 2016 and Pakistani officials claimed he had confessed to spying for Indian intelligence services. He was sentenced to death by a Pakistani military court last month.Mr Jadhav was “an innocent Indian national, who, incarcerated in Pakistan for more than a year on concocted charges has been held incommunicado… and faces imminent execution,” India told the tribunal.
Hours later, Pakistan told the world court that the execution was not imminent and that Mr Jadhav had time at least till August for legal remedies. Its representative also accused India of “political grandstanding” and told the court Mr Jadhav “has confessed to having been sent by India to wage terror on the innocent civilians and infrastructure of Pakistan”.

The two countries are battling it out in the international court amid a sharp escalation in tension over ceasefire violations by Pakistan, terror attacks in Jammu and Kashmir and the recent mutilation of two Indian soldiers by Pakistanis.The last time India and Pakistan took a dispute to the ICJ was in 1999 when Islamabad protested against the shooting down of a Pakistani navy plane that killed 16 people.

India had on Monday sought the court’s intervention for an immediate suspension of Jadhav’s death sentence, fearing that the Indian national may be executed even before the ICJ decided the case.