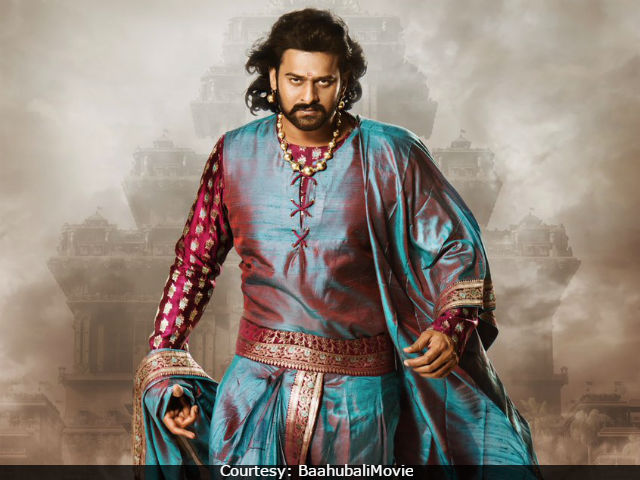 MUMBAI: S S Rajamouli’s epic film, Baahubali: The Conclusion, has set new records at the box office and has earned over Rs 300 crore so far. Baahubali series stars Prabhas, Rana Daggubati and Sathyaraj in pivotal roles.
Prabhas stars as Amarendra and Mahendra Baahubali, in the epic film, which released on April 28 to a blockbuster opening. On the film’s success, Prabhas thanked people for the ‘love and support,’ reports news agency IANS. “I am very thankful to all the people around me for their constant love and support through this journey of 5 years. It wouldn’t be possible without them,” Prabhas said in a statement.
The ‘pan-India’ film released across 8,000 screens and recorded 100% opening on Day 1.

Prabhas has dedicated five years to Baahubali franchise and didn’t sign any film in between. During the audio launch of Baahubali: The Conclusion, Prabhas said, “For Rajamouli, I would have even spent more than four years on Baahubali. I would have been ready to dedicate even seven years for him on the project.”
Superstar Rajinikanth also reviewed the film and called Baahubali 2 ‘Indian cinema’s pride.’ Rajamouli also thanked people for the ‘overwhelming response’ Baahubali: The Conclusion received. “Thank you everyone who have been with us for the past 5 years encouraging us at every turn. You have given us such a big success that we can keep it in our hearts for the rest of our lives,” he tweeted.

Baahubali: The Conclusion also stars actresses Anushka Shetty as Devasena, Tammannaah Bhatia as Avanthika and Ramya Krishnan as Sivagami.Post-Baahubali, Prabhas began shooting for his next film Sahoo. The first look of the film is being screened in the theatres with Baahubali: The Conclusion. Sahoo releases next year. (With IANS inputs)