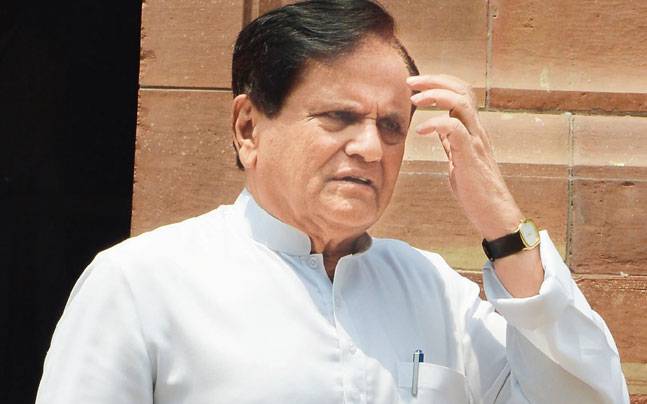 NEW DELHI/AHMEDABAD : Never has a Rajya Sabha election been contested as keenly as is being fought in Gujarat, involving two political heavyweights: Ahmed Patel of the Congress and Amit Shah of the BJP. The high-stake battle for a seat in the Upper House has turned into a full-fledged political war where money and muscle power, along with apparent misuse of agencies, are on ample display.

Toughest battle Seeking his fifth term in the Rajya Sabha, Mr. Patel, one of the most trusted aides of the Gandhi family, is facing the toughest battle of his political life.  This year, as soon as Mr. Patel filed his nomination papers, his party suffered a huge setback when three of its total 57 legislators resigned and one of them, Balwantsinh, became a BJP candidate to take on Ahmed bhai, once his political mentor.

Subsequently, three more legislators resigned, forcing the Congress leadership to sequester away the remaining legislators, fearing more resignations and switch overs ahead of the voting. Moreover, seven more MLAs led by former Leader of Opposition Shankersinh Vaghela have rebelled against the party, though they have not resigned as legislators but are likely to cross vote against Mr. Patel.

According to Congress chief whip Shailesh Parmar “We have adequate numbers to ensure Ahmed bhai’s victory. Besides the 44 MLAs of our party, we have the support of NCP, JD (U) and GPP legislators,
“As of now, it looks like Ahmed bhai will scrap through with help of three outsiders because Shankersinh Vaghela and Balwantsinh have not been able to get more 17-18 members as they were talking about,” a political insider from Gandhinagar told The Hindu.
Meanwhile, in a interview to India Today TV Senior Congress leader Ahmed Patel is confident of shoring up the numbers for a comfortable win. In an exclusive interview to , Patel, the political secretary to AICC president Sonia Gandhi, also hit out at the ruling Bharatiya Janata Party for using the state machinery to win just one Rajya Sabha seat.
“I am 100 per cent sure (of my victory). Our legislators are fully supporting us. We have also spoken to two legislators from NCP. They are also supporting us,” Patel said. in a question Patel said the exit of Vaghela as unfortunate, Patel said, “When notification for the RS elections first came out, I told him to contest on the party’s only RS seat as he is a senior leader of Gujarat Congress.”

However, Patel said that Vaghela turned down the offer and instead asked him to fight the seat. Describing the Wednesday I-T raid as witch-hunt, Patel said state party leader and resort-owner Shivakumar was targeted only because Gujarat legislators were staying in his property. “CISF men are never used in an I-T raid. We hear that CISF men accompanied the I-T raiding team.”
NOTA (None of The Above)  option will be available in the Rajya Sabha elections in Gujarat on Tuesday, the Supreme Court said today, rejecting a Congress request to put it on hold.  The Congress and the BJP have both opposed NOTA, which allows a voter to reject all candidates, saying it is against the ethos of indirect elections.
The Congress had said in the Supreme Court that “there is no constitutional provision for NOTA in the Rajya Sabha polls and no order from the Election Commission”.The Election Commission had refused to review its decision to have NOTA, saying it was not a “new direction” and was introduced in 2014.

The Congress objection to NOTA is being seen in the context of its prestige battle in Gujarat, Congress president Sonia Gandhi’s aide Ahmed Patel is seeking another Rajya Sabha term from the state. The Congress alleges that NOTA, which will be available for the first time in a Rajya Sabha election, is an attempt to influence the result in Gujarat.
If a lawmaker defies the party and votes for someone else or uses NOTA, he cannot be disqualified. The party is free to take disciplinary action like expelling the member, who will still remain a lawmaker and his vote cannot be cancelled, according to Election Commission rules.
In Rajya Sabha polls, legislators have to show their ballot paper to an authorised party agent before putting it in ballot box.”The use of NOTA in an indirect election is contrary to the mandate of the Constitution, the Representation of the People Act and election rules,” the Congress insists. Its leaders have been trying to press the point home.