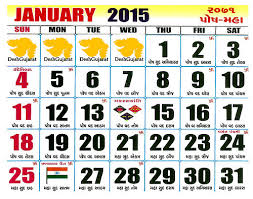 NEW DELHI: With 2014 bidding us goodbye and new year knocking at the door, let’s take a look at our calendar of 2015 for all the fasts and festivals.
According to Hindu calendar, this year will witness four eclipses, out of which three will affect the Indian sub-continent. Mahakumbh will also take place this year. Malmas, which takes place in every three years starts in 2015 too. Take a look at the detailed calendar: