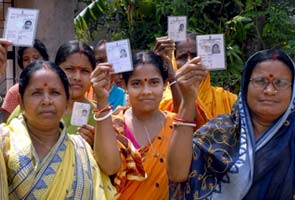 In four seats, Darjeeling, Alipurduar,  Jalpaiguri, and Cooch Behar, with sixty lakh and thirty thousand voters cast their votes to decide the fate of 47 candidates, including BJP’s Darjeeling candidate S S Ahluwalia, in the race.According to sources in the office of Chief Electoral Officer, measures were immediately taken to reign in violence and politically created problems.
However, special officer deputed by EC, headquarters, Delhi, said here: “The issue of re-polling in booths on complains of the Opposition parties, would be examined after polls are over.’’However, creation of problems was allegedly pointed to ruling TMC party.