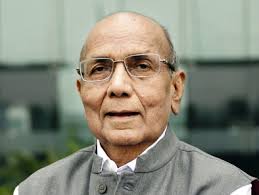 NEW DELHI : Qimat Rai Gupta, the 77-year–old chairman of electrical equipment maker Havells India, has made it to the Forbes’ billionaire list for the first time. Mr Gupta, whose net worth was $2 billion as of September 2014, is India’s 48th richest man, Forbes said.
The septuagenarian started his career as a school teacher in Punjab, but turned an entrepreneur in 1958, when he founded Guptajee and Company with a sum of Rs. 10,000. The company specialised in fixtures and electric cable.
Mr Gupta bought the Havells brand in 1971 and in 1976 set up the company’s first manufacturing plant for rewireable switches and changeover switches at West Delhi’s Kirti Nagar.
Havells jumped into the big league in 2007, when it bought global lighting company Sylvania. The acquisition catapulted Havells among the world’s top four lighting companies. Today, Havells owns global brands like Crabtree, Sylvania, Concord, Luminance and Standard.
In 2013-14 fiscal year, Havells India reported a consolidated net profit of Rs. 446 crore on sales of Rs. 8,227 crore. The company’s shares have more than doubled in the past one year and have outperformed the broader Nifty, which is up 37 per cent.
For the first time, the 100 richest Indians on the Forbes’ list are all billionaires. Reliance Industries Chairman Mukesh Ambani retained his number one ranking with a net worth of $23.6 billion, up $2.6 billion from last year. Mr Ambani has topped the list for the eighth consecutive year.
Sun Pharma’s Dilip Shanghvi (net worth $18 billion) got richer by $4.1 billion this year and displaced steel baron Lakshmi Mittal ($15.8 billion), who slipped to the fifth place.